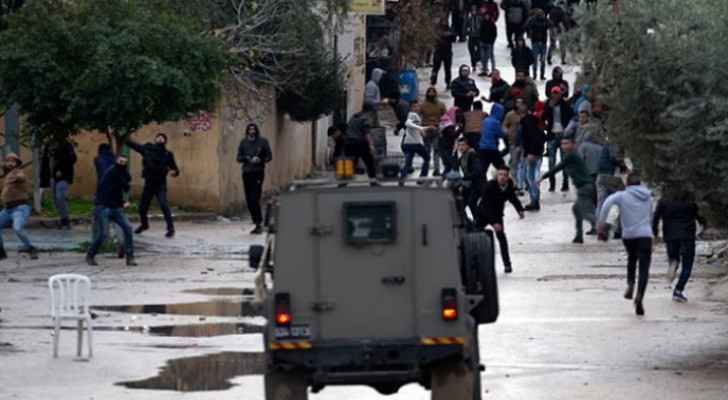 The Palestinian Ministry of Health announced, on Wednesday, the death of four martyrs in clashes that erupted in Jenin camp after Israeli Occupation forces stormed the camp.

Earlier on Wednesday, the Israeli Occupation forces stormed the Jenin refugee camp and surrounded the house of the family of the martyr Raad Hazem before targeting it with a missile during an attempt to arrest his brother Abed Hazem, which caused clashes to erupt.