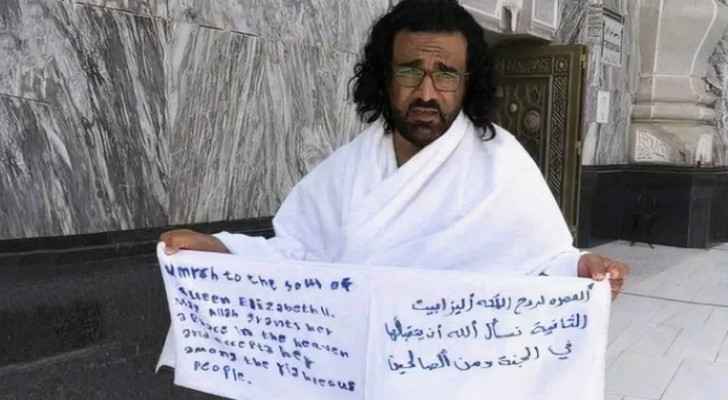 Saudi Arabia announced the arrest of a Yemeni man who had posted a video saying that he had performed Umrah -an Islamic pilgrimage to Mecca- on behalf of the late British Queen Elizabeth II.

The video sparked a wave of controversy on social media in the Gulf country, which prohibits raising any political or sectarian banners or slogans during the performance of the Hajj and Umrah rituals.

Additionally, the country prohibits the performance of religious rituals on behalf of non-Muslims.

The video showed the man in question appearing in Ihram clothing while holding a banner that literally read: "Umrah to the soul of Queen Elizabeth II. May Allah grants her a peace in the heaven."

Saudi Public Security said in a statement posted on Twitter saying that they arrested the man for violating the regulations and instructions for Umrah, adding that legal measures were taken against him.

Yemen offers condolences to Jordan over victims of ....

Yemen offers condolences to Jordan over ....