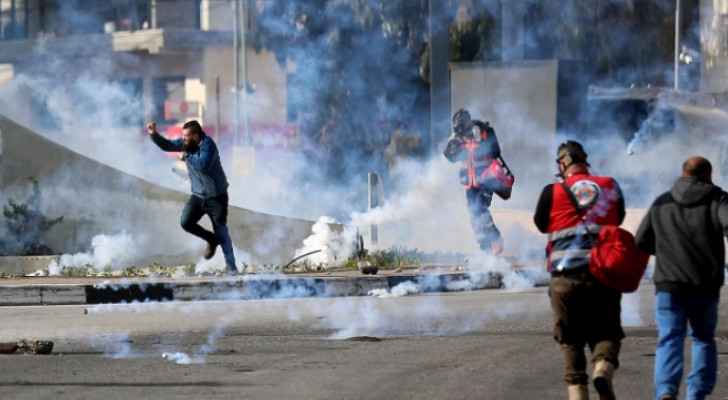 Tuesday, a Palestinian was wounded and two others were arrested after several settlers assaulted homes of some Palestinians in Bethelehem, reported Wafa news agency.

The agency quoted a director of an anti-settlement commission, Hassan Breijieh, as saying that a group of settlers attacked homes that belong to the Abayat family and threw stones at them.

Reports said that this came as the forces of the Israeli Occupation protected these settlers and later fired tear gas and sound bombs, which resulted in a civilian sustaining bruises.

Younes Abayat and Zakaria Abayat were also arrested, while they confronted the settlers and tried to protect their homes.