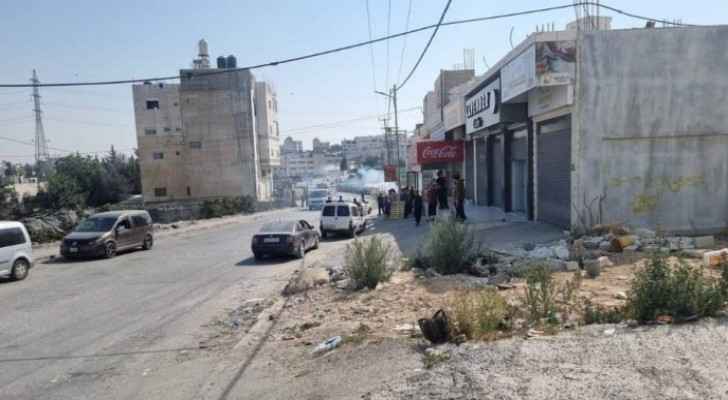 The reporter said that the Israeli Occupation forces shot the young man after he stabbed a soldier whose health condition was described as moderate.

After the soldiers opened fire at the perpetrator of the stabbing, they prevented the ambulance from reaching him, eyewitnesses said.

Seven soldiers injured in attack on ....