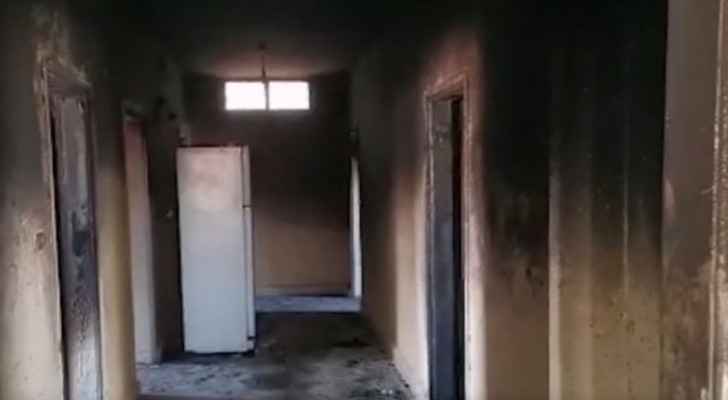 Tuesday, two people sustained first-degree burns as a result of their house being exposed to a fire caused by an electrical short circuit in the Shoubak Brigade in Ma'an Governorate.

The owner of the house, Salameh Al-Amarin, told Roya that the incident happened while his six children were sleeping and the fire had destroyed all the contents of the house.

He added that he and his wife were injured while they were trying to save their children.