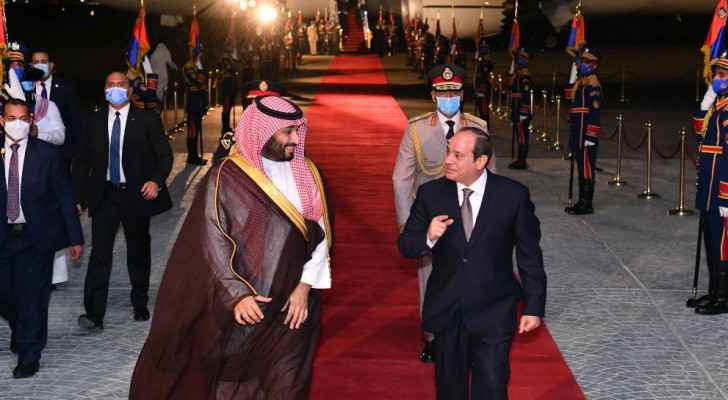 Saudi Crown Prince Mohammed bin Salman began a two-day visit to Egypt on Monday evening, the presidency in Cairo said, kicking off a regional tour extending to Jordan and Turkey, according to AFP.

A Saudi official told AFP on Saturday that "several agreements" will be penned during the crown prince's regional tour, notably in the energy sector.

Prince Mohammed will head to Turkey on Wednesday, his first visit since relations were hit by the 2018 killing and dismemberment of Saudi journalist Jamal Khashoggi in Saudi Arabia's Istanbul consulate.

Turkey's President Recep Tayyip Erdogan in late April visited Saudi Arabia, where he publicly embraced the crown prince in his first trip there since the murder.

The crown prince's regional tour comes weeks ahead of a visit to Saudi Arabia by US President Joe Biden, whose administration has lately sought to repair ties with Riyadh, despite him earlier calling the kingdom a "pariah" state.