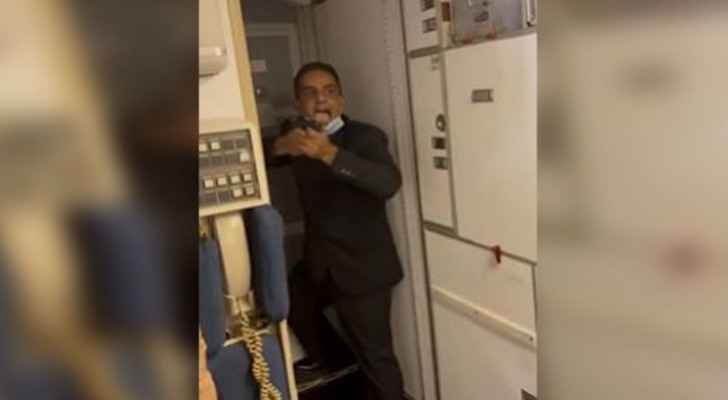 Saturday, Jordan Aviation issued a statement about a number of people attempting to storm the cockpit of one of its planes.

The company clarified that the video circulating on social media of the scene is from months ago.

According to the company, the incident occured when passengers on an Umrah flight between Nigeria and Saudi Arabia objected to disembarking at the designated airport for the flight in Nigeria.

"According to the source, the passengers tried to reach the cockpit to speak with the flight captain, which is prohibited by law, and the security guard affiliated with the security and protection unit accompanying the flight did not allow it," said the company.

The company confirmed that the rumors being circulated about the incident are not true, and that the Jordan Aviation Company will legally prosecute anyone who tries to harm its reputation and fabricate rumors about it.

The company said it has signed a contract to bring in 3,000 tourists from Nigeria starting from June 15th, and attempts to undermine the company's reputation only come to undermine this national achievement.