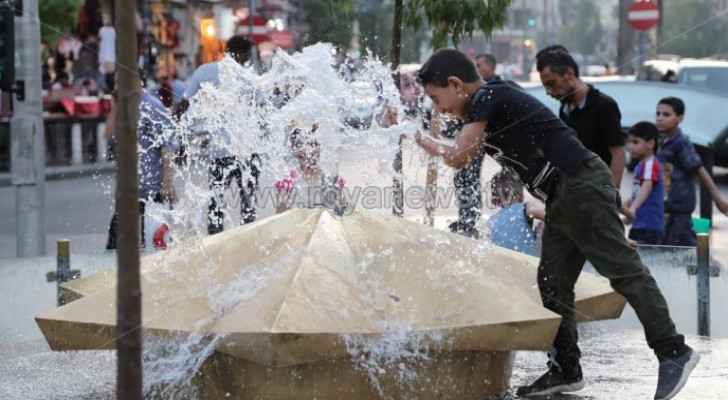 Thursday, ArabiaWeather website said that Jordan is expected to be affected by a hot air mass coming from the deserts of the Arabian Peninsula, which leads to a significant rise in temperatures to become higher than their rates.

Additionally, a further rise in temperatures is expected on Friday and Saturday with temperatures increasing above their average rates for this time of the year.

The heat will increase in the Jordan Valley, Dead Sea and Aqaba, coinciding with the appearance of clouds at medium and high altitudes interspersed with some cumulus clouds in the afternoon and afternoon hours, which may result in thunderstorms of rain in limited areas of the eastern Badia.

According to ArabiaWeather, high temperatures on Friday and Saturday will reach mid-30s in the main cities and the capital, Amman, and may exceed this in some cities and neighborhoods, especially on Saturday, while high temperatures in the Jordan Valley and the Dead Sea will touch 40.