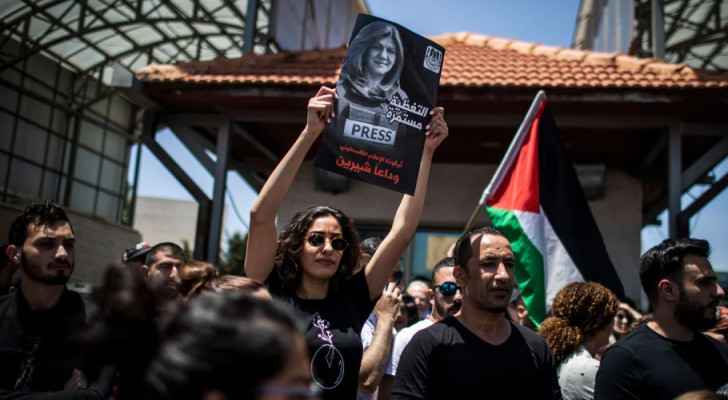 The occupation forces injured and arrested dozens of Palestinians during the suppression of the funeral of Shireen Abu Akleh in Jerusalem.

The Red Crescent in Jerusalem said that its crews dealt with 33 injuries, 6 of whom were transferred to the hospital, while covering the funeral of the martyr Shireen Abu Aqleh.

The lawyer at the Wadi Hilweh Information Center - Jerusalem, Firas Al-Jibreni, explained that the forces arrested 14 people from the Old City, Sheikh Jarrah, and the streets of Jerusalem during the suppression of the funeral of the martyr Abu Aqila.