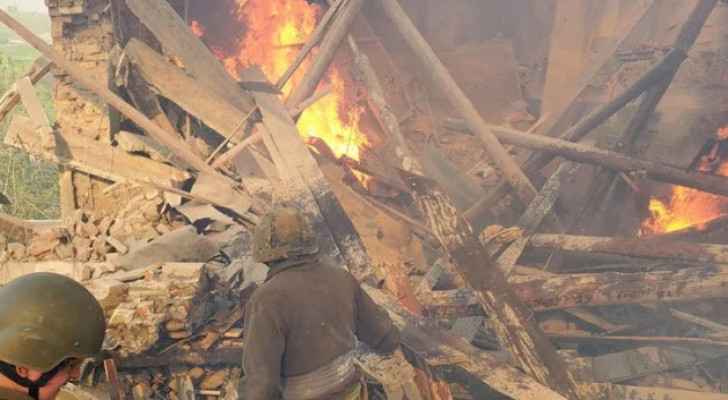 Some 60 people sheltering in a village school in east Ukraine are feared dead after it was hit by an air strike, the Lugansk regional governor said Sunday, AFP reported.

"Bilogorivka (village) was hit in an airstrike," on Saturday said Sergii Gaidai.
"The bombs fell on the school and unfortunately it was completely destroyed.

"Sixty people who were in the school are very probably dead."

Russia has not given any comment on the incident yet.