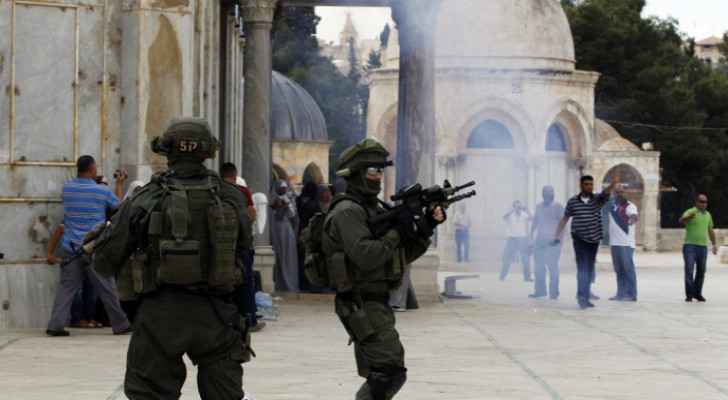 Thursday morning, Palestine Red Crescent Society announced that around 20 Palestinians were left with injuries after the Israeli Occupation forces attacked them inside Al-Aqsa Mosque.

Israeli occupation forces (IOF) also assaulted the women who were in the Dome of the Rock on Thursday morning.

Roya’s correspondent reported that the IOF tried to storm the Qibli prayer hall, and fired rubber bullets at those stationed in the mosque for the fifth consecutive day, as settlers were storming Al-Aqsa Mosque in celebration of Passover.

Palestinian media reported that a number of worshipers were left with injuries caused by the tear gas and rubber bullets the IOF fired at them.