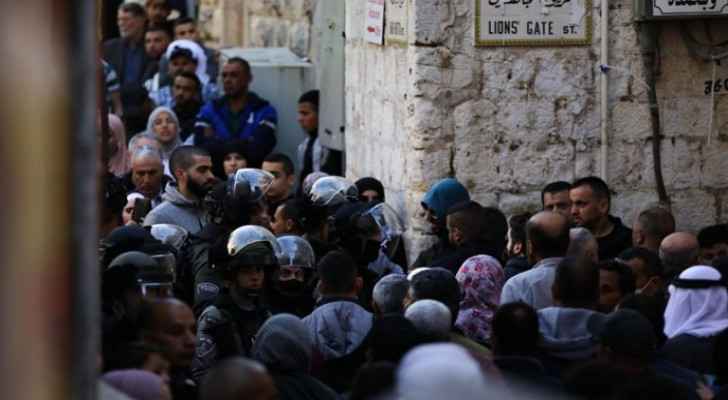 Witnesses stated that the police initially closed the gates of the Old City of Jerusalem, with iron barriers, and prevented all worshipers from outside the city from reaching the mosque.

However, witnesses stated that police had eased the restrictions and allowed the worshipers to enter after detaining some of the ID cards.

No official statement was issued by the Israeli Occupation police regarding the reason behind the new measures.