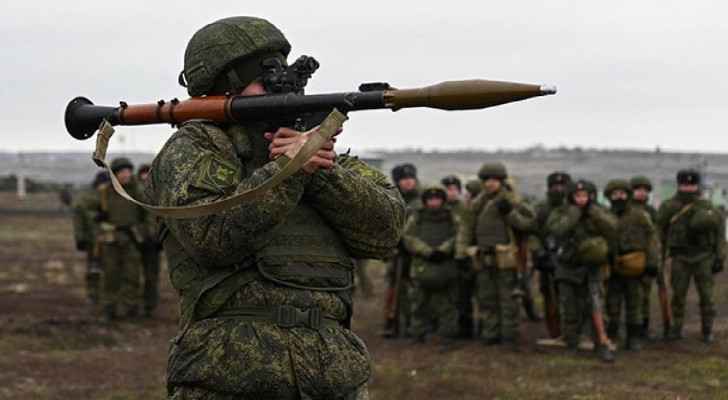 Economists have reported the economic consequences of Russia's military operation as of 15.00 March 7th, 2022.

Russia's economy will fall by 20% due to sanctions in the second quarter according to JPMorgan’s estimates. As well as Russia risks default on public debt.

Economists at JPMorgan Chase & Co. reported that they expect Russia’s GDP to decline by 7% in 2022, while Bloomberg Economics forecasts a decline of 9%.

International rating agency Moody’s downgrades Russia's ratings to Ca from B3, the outlook is negative. Liabilities with such a rating are very speculative and probably in the process or very close to default, with little prospect of repayment of principal and interest.

The country's long-term foreign currency issuer default rating was downgraded by Fitch to B from BBB.

Fitch Ratings has downgraded 26 Russian natural resource companies, placed the ratings of 28 entities on Rating Watch Negative (RWN) and maintained one company on RWN. Gazprom's rating was downgraded from "BBB" to "B" with a negative outlook. The ratings of Gazprom Neft, Tatneft, Novatek, Lukoil, Bashneft and others have dropped significantly.

The London Stock Exchange has started to list shares of 27 issuers from its contacts with Russia, Morgan Stanley excluded them from the index of developing countries, as the country is now “not suitable for investment”. Among the companies that are excluded from trading on the stock exchange – En +, Sberbank, Gazprom, Lukoil and Polyus.

The Dow Jones Russia GDR Index, which tracks London-traded Russian companies, has plunged 98% in two weeks. The slump has wiped out $572 billion from the market value of 23 stocks, including Gazprom PJSC, Sberbank of Russia PJSC and Rosneft PJSC.

On March 2nd the price of Russian Sberbank stocks on the London Stock Exchange fell to 1 cent. Sberbank has announced its withdrawal from the European market. VTB Bank is preparing to leave the European market. ECB assesses that Sberbank Europe AG and its subsidiaries in Croatia and Slovenia are failing or likely to fail.

Since 25.02.2022 trading on the Moscow Stock Exchange in the stock market has not been held.

The capitalization of European business related to Russia has decreased by $ 100 billion since the beginning of the war.

The ruble has become the most volatile currency in the world. On the morning of March 7, 2022, the ruble fell by more than 10% at international auctions to 138 rubles per dollar. While Russian Central Bank holds the mark of 106 rubles per dollar and 116 rubles per euro. 28th February, Tinkoff bank offers to buy currency at an astronomical rate: up to 200 for a dollar. At the same time, the situation with the exchange rate continues to deteriorate.

Russia's central bank has raised its key interest rate to 20 per cent from 9.5 percent.
Canada has imposed 35% tariffs on all goods from Russia and Belarus.

38 countries have already closed their skies to Russia (USA, Great Britain, Canada, Albania, Iceland, Norway, Moldova, Northern Macedonia, Switzerland, Montenegro and all EU countries). Russian airlines have already begun to massively cancel scheduled flights to Europe and began to evacuate its citizens. The losses are to be estimated.

British Petroleum is to offload its 19.75% stake in Russian state-owned oil firm Rosneft. Norwegian energy company Equinor (formerly Statoil) also announced its decision to withdraw from the Russian market. The British oil and gas company Shell has decided to withdraw from all joint ventures established with Gazprom and related organizations. ExxonMobil exits Russia oil and gas operations and halt new investment. TotalEnergies will no longer provide capital for new projects in Russia.

Rosatom's application to participate in the German nuclear fuel plant in Lower Saxony was withdrawn.

Boeing, Airbus, Embraer and CFM International have suspended support services for Russian airlines and the supply of spare parts and components for aircraft to Russia. Boeing has suspended purchases of titanium in Russia.

Adobe (developer of Photoshop, Premiere, Illustrator, Lightroom, etc.) has announced the cessation of all new sales of Adobe products and services in Russia.

TSMC, the world's largest semiconductor maker, stops supplying chips to Russia. The world's largest manufacturers of processors Intel, AMD, Autodesk, IBM, Nvidia have stopped supplying their products to Russia, as well as EPAM Systems, Andersen and Terrasoft do. Tech giants Oracle and SAP have announced the suspension of all operations in Russia. American IT company Netscout leaves Russia: the company stops selling and supporting its products, as well as - Arbor services, solutions to protect against DDoS attacks.

Danone will not stop dairy and baby food production in Russia, but will stop investing in the country. Finnish food manufacturers Fazer, Valio and Paulig are curtailing all work in Russia.

Henkel have announced their withdrawal from the Russian market.

Disney, Sony Pictures and Warner Bros. are suspending the rental of their films in Russia. Netflix refused to broadcast Russian channels and movies. TikTok suspends online broadcasts and the ability to publish new content in Russia.