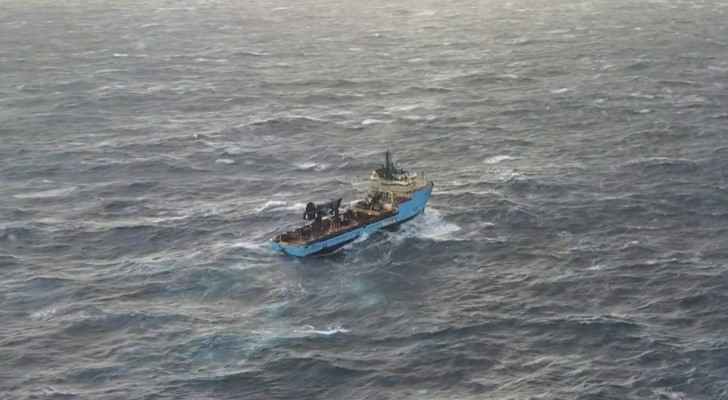 At least 10 fishermen died and 11 others were missing Tuesday after a trawler from Spain sank in rough seas off eastern Canada, officials said, with poor weather reducing chances of finding more survivors.

There were 24 crew members aboard the vessel when it went down some 250 nautical miles (463 kilometers) east of Newfoundland, with rescuers searching for the remaining crew despite difficult weather conditions, officials said.

Earlier Tuesday, Canada's Joint Rescue Coordination Center (JRCC) said seven bodies had been recovered and three survivors rescued -- plucked from a life raft in the Atlantic, according to Spanish officials.

"Regrettably, JRCC Hfx can confirm that an additional 3 deceased individuals have been recovered from the sunken fishing vessel," the center's Halifax operation tweeted in the evening.

Weather conditions, including heaving seas, fierce winds and reduced visibility, were complicating the search for survivors, with the arrival of nightfall and dropping temperatures in the cold north Atlantic only reducing the chances of finding more crew members alive.

The Villa de Pitanxo, a 50-meter (165-foot) fishing vessel that is based at a port in Galicia, sent out two distress calls, which were received at 5:24 am (0424 GMT) in Madrid, the ministry said.

Five hours later, another Spanish fishing vessel that was in the area spotted two life rafts, one of which was carrying three survivors and several bodies, it said.

"In one, there were just three survivors who were in a state of hypothermic shock because the temperature of the water is horrible, very low," Maica Larriba, a representative of Spain's central government in the Galicia region, told public radio.

She said the survivors had been airlifted to safety by a Canadian coast guard helicopter, and that rescuers had found two other life rafts that were "totally empty" while searching for a third.

It was not immediately clear what caused the boat to founder.

Canadian rescuers said they were hopeful more survivors could be rescued despite poor conditions.

"The fact that we have already found three survivors in a life raft gives us that hope that others were able to either get into their survival suits, get into life rafts and get off the vessel," Brian Owens of the JRCC told AFP.

Canadian rescuers had deployed a helicopter, a military plane, a coast guard ship and several boats to search for the missing crew members, according to Owens.

"The weather right now is challenging for the search. It's approximately four-meter waves, and visibility is down to approximately one quarter nautical mile," he said.

"We certainly could be talking about one of the saddest days for Galician fishing in its entire history," Javier Touza, head of the Shipowner's Cooperative in the northwestern Spanish city of Vigo, told public radio.

The Villa de Pitanxo is a freezer trawler registered in 2004 that is based in Marin, a small port near Pontevedra, and belongs to shipowner Manuel Nores.

Founded in 1950, the firm has eight freezer trawlers and some 300 employees, with vessels operating off the Canadian coast, in the South Atlantic and off the west coast of Africa, according to its website.

"We are following with concern the search and rescue operation for the crew of the Galician ship that sunk in the waters of Newfoundland," Spanish Prime Minister Pedro Sanchez tweeted.
"All my love to their families. The government remains in constant contact with rescue services," he added.

Labor Minister Yolanda Diaz, who is from Galicia, said she was "shocked" by the news.

"All my love and support to the families of the crew in their pain at this time of uncertainty," she tweeted.