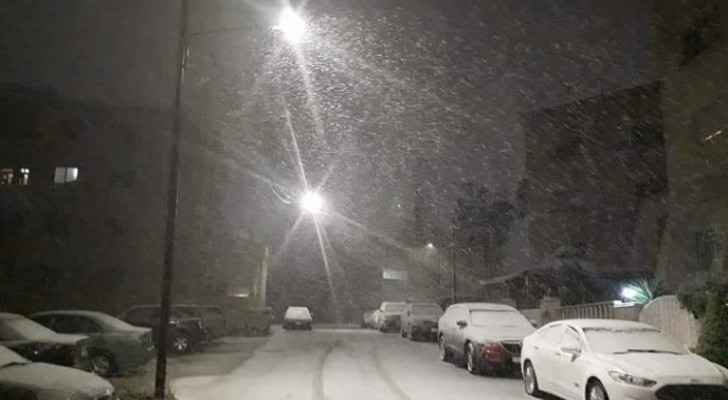 Osama Al-Tarifi, Chief Operating Officer at Arabia Weather, said, on Wednesday evening, that the best chance of snow showers in Amman will be after 9:00 pm.

Tarifi added that the precipitation above 700 meters in the coming hours will be in the form of snow showers but without any accumulation.

Arabia Weather said that the cold weather is expected to intensify, starting from Wednesday evening, Jan. 19, and precipitation will be renewed and be in the form of intermittent showers of snow over the mountainous heights of more than 800 meters.

Later in the night, freezing weather conditions will prevail over most areas.

What is the reason for the interruption of precipitation and the failure of the situation to develop into a snow storm in Jordan?

According to Arabia Weather, the scientific reason behind the irregular precipitation in the Kingdom is due to the distance of the shallow air depression center from the Kingdom, and the cold air being concentrated in the north of the Levant rather than over Jordan, and this leads to the accumulation of cold polar air in the low and middle layers of the atmosphere, high surface pressure values, and the inability of the air to build clouds in a strong and effective way.