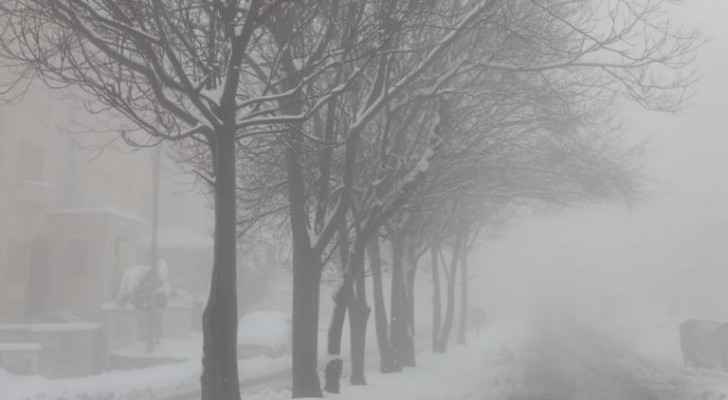 Tarifi told Roya that the air depression which is currently affecting Jordan began with snowfall, followed by rain.

He pointed out that the snowfall will increase during the noon and afternoon hours.

Tarifi indicated that chances of snow during the evening hours, specifically after 5pm until midnight, will increase in areas which are 800 meters above sea level.

He explained that snow may accumulate in the mountainous heights of Karak, Tafila and Ma'an, in addition to Jerash and Ajloun.

Earlier, Tarifi said that the depression is only expected to last for 24 hours, and it is characterized by strong winds in the afternoon hours, with a speed of up to 100 kilometers per hour, and temperatures reaching -3 °C.