All roads in Amman open: Municipality

All roads in Amman open: Municipality 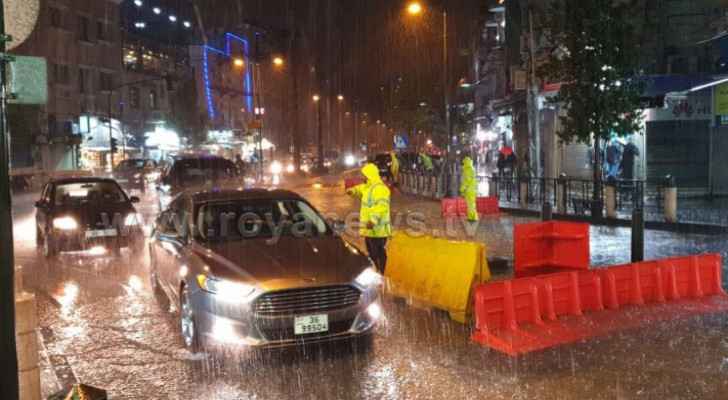 The Director of Maintenance in the Municipality of Amman, Engineer Walid Al-Amoush, confirmed that all roads in the capital, Amman, are passable and there are no closures.

The Greater Amman Municipality had raised the state of emergency from medium water to maximum water to deal with the depression that prevails in the Kingdom.

The Amman Municipality renewed the call for citizens, in the event of any accident or observation, to call the main emergency room numbers in the Tla’ Al-Ali area 065359970 or 065359971 or mobile 0798166789, and the operations rooms of the 22 sub-regions of the Amman Municipality.

It also called on citizens to take the initiative to remove moving panels from the roofs of buildings that may be subjected to volatility due to wind and air speed, and to take care and caution by staying away from valleys and low-lying areas, and not connecting the gutters of houses (roof) to sewage outlets (sewage) to avoid flooding in the roads, and not to Throwing waste indiscriminately, causing it to block rainwater drainage lines.

The Municipality of Amman called for inspecting the submersible pumps on floors and shops below street level, and for merchants to take preventive precautions when storing goods in warehouses and basement floors.

It also called on contractors and owners of construction projects to take the initiative to secure building materials to avoid their erosion and being directly caused by the closure of rainwater drainage lines.

Saturday, the Kingdom is affected by a second-class air depression, which is accompanied by many rains in the various regions of the north and center of the Kingdom, and snow falls on the heights of the south of the Kingdom.