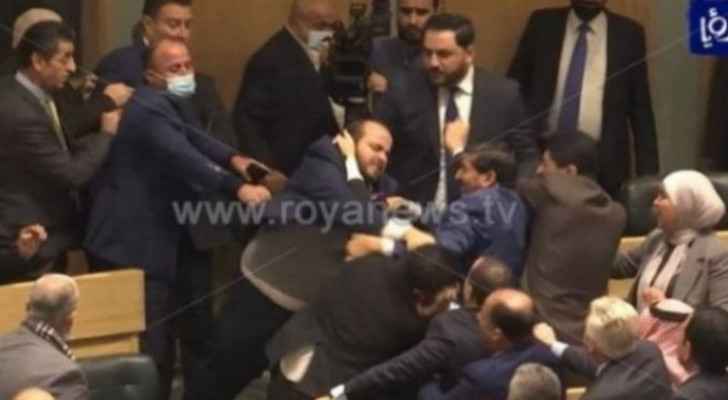 The House of Representatives’ Legal Committee formed a special committee to investigate the fight that happened between the representatives as they began to discuss the constitutional amendments.

Thneibat had confirmed in a statement to Roya, that the legal committee will hold its meeting Monday, without the presence of the parties involved in the case.

This came after MPs Andre Hawari and Shadi Freij had submitted an official complaint to the presidency of the Council, against their colleagues, Hassan Al-Riyati and Suleiman Abu Yahya, and the complaint was referred to the Legal Committee.

MP Al-Riyati was absent from all parliamentary sessions devoted to discussing the constitutional amendments last week, after he was asked not to attend.

In a parliamentary memorandum, a number of members of the House of Representatives demanded that MP Hassan al-Riyati be banned from being under the parliament’s dome.