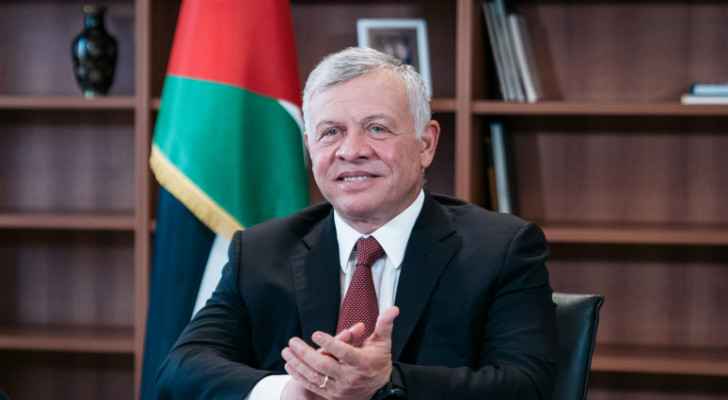 His Majesty King Abdullah on Saturday participated in the event to present the 2021 Lamp of Peace award to United Nations Secretary-General António Guterres, after His Majesty had received it in 2019.

The award was presented to Secretary-General Guterres for his “tireless work of political mediation”, his efforts in service of the public good, and his commitment to dialogue as a means to resolve regional and international conflicts.

King Abdullah delivered a speech via telepresence at the ceremony, held in the Italian city of Assisi, and commended the UN chief’s efforts in promoting the shared values of peace, justice, mercy, and mutual respect, in addition to his role in pursuit of stability in the region and the world.

His Majesty also highlighted the secretary-general’s unwavering support for political solutions to conflicts, “including the two-state solution to the Palestinian-Israeli conflict—the only way towards a future of security and peace for both sides”.

The King said Guterres “has been a strong voice for international law and the protection of Jerusalem, maintaining the security and status quo of its Holy Sites”.

His Majesty also praised the role of the UN secretary-general in supporting joint global action to address urgent issues, such as the global refugee crisis, the threat of extremist violence, and climate change.

For his part, Guterres said the award recognises all United Nations personnel, who are striving for peace around the world.

He thanked the King for his efforts to promote peace on the global stage, by calling for political solutions to conflicts in the region and the world.

His Majesty received the Lamp of Peace award in 2019, in recognition of his efforts to promote harmony, interfaith dialogue, and peace in the Middle East and the world, as well as Jordan’s efforts, under the his leadership, in hosting refugees.

The award, launched in 1981 and presented by the Friars of the Sacred Convent of Assisi in Italy, recognises global figures for their work towards promoting peace and harmony.