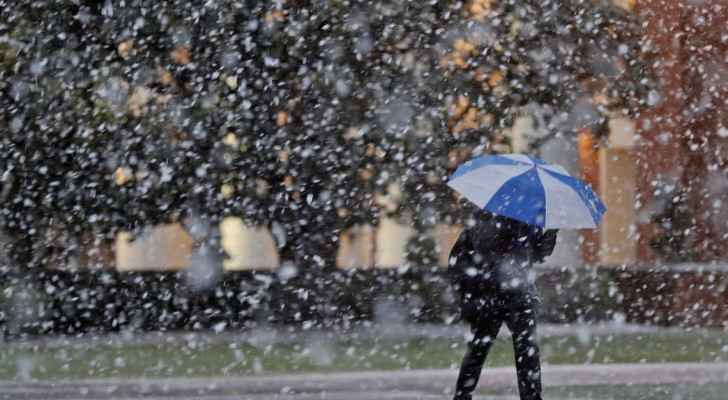 Sunday, the weather will be cold almost countrywide and fair in the Jordan Valley, the Dead Sea and Aqaba, the Jordan Meteorological Department (JMD) said in a daily forecast.

As for Monday, the Kingdom will be affected by a very cold air mass associated with an air depression centered on the island of Cyprus, and a drop in temperatures is forecast, and the weather will be very cold and dusty in several regions of the Kingdom, especially in the Kingdom's southern and eastern areas with wind speed exceeding 60 km/h in some areas.

During the noon hours, rain falls in the Kingdom's northern and central areas and parts of the southwestern regions. There is a slight chance for a short period of light showers of snow mixed with rain over the high mountain peaks, the JMD said.

On Tuesday, similar weather is forecast with rain occasionally falling in the Kingdom's northern and central regions, the JMD noted.

Also on Saturday, the maximum and minimum temperatures in eastern Amman range between 13 Celsius degrees, dipping to 6C during night, while western Amman will see 11C, sliding into 5C during night hours. The Gulf of Aqaba will see a fair 21C, dropping into 10C.