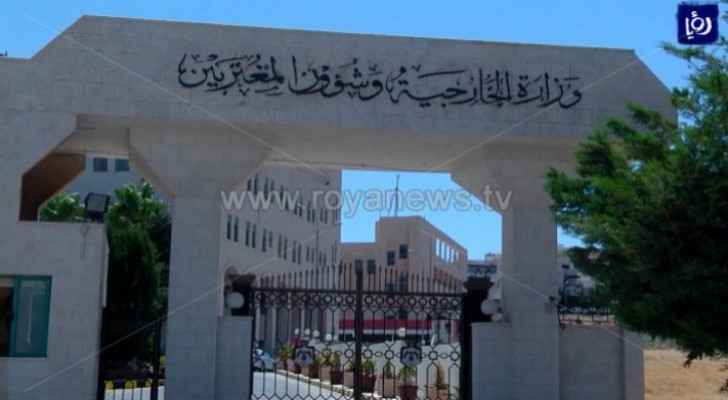 The Ministry of Foreign Affairs and Expatriates Friday condemned the terrorist attack that took place on the village of Khadirjija in the brotherly Republic of Iraq, which resulted in a number of victims.

The official spokesman for the Ministry, Ambassador Haitham Abu Al-Ful, affirmed the Kingdom's strong condemnation and denunciation of this terrorist attack, stressing the Kingdom's absolute solidarity and standing by brotherly Iraq in the face of all that threatens its security and stability, expressing sincere condolences to the families of the victims, and wishes for a speedy recovery for the injured.

The Kurdish forces announced in a statement on Friday that at least ten people were killed, including three civilians and seven Kurdish fighters (Peshmerga), in an attack attributed to the terrorist gang of Daesh in northern Iraq.

The statement said that "three citizens (civilians) were killed and others were wounded" on Thursday evening "in an attack by ISIS elements that targeted the village of Khajijah" located south of Erbil, the capital of the Kurdistan region in northern Iraq.

He added that "seven Peshmerga fighters" were also killed "in the explosion of an explosive device targeting a force that was heading to confront ISIS elements."

Relatives of one of the civilian victims stated that the three dead were the sons of the mayor of the village, ranging in age from 11 to 24 years.

In late 2017, Iraq declared its victory over the gang after expelling its fighters from all the major cities that they seized in 2014, while its leader was killed in 2019.

Since then, the gang's attacks in cities have decreased significantly, but Iraqi forces are still chasing sleeper cells in mountainous and desert areas.

The gang occasionally targets military sites, and last month carried out an attack that killed thirty civilians in the Shiite neighborhood of Sadr City in the capital.

A United Nations report published in February indicated that "the terrorist group ISIS maintains a large secret presence in Iraq and Syria and wages a continuous insurgency on both sides of the border between the two countries with its extension on the territories it previously controlled."

"The gang still maintains a total of 10,000 active fighters," in Iraq and Syria, the report said.

The gang claimed an explosion in July inside a popular market in the Shiite-dominated Sadr City in Baghdad, killing about 35 people.

In July, Iraq announced the arrest of an official responsible for a bombing that killed more than 320 people in Baghdad five years ago, in an "operation outside Iraq," and a former senior financial official in the extremists' party.