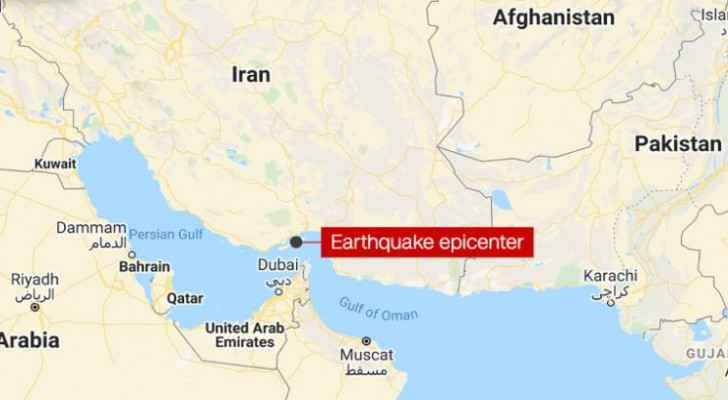 The 6.4 and 6.3 magnitude earthquakes hit at a depth of 15 kilometres (9.3 miles)in Hormozgan province, the Iranian seismological centre said.

He said several teams have been deployed to assess the damage.

The public broadcaster aired live footage from the area showing trucks stopped on the road, having been shaken by the tremor.

In a video broadcast on state television purportedly of an aftershock, a man is heard saying: "Look what the quake did to the mountains... another earthquake, it's shaking the trucks and flattening the mountains."

The United States Geological Survey (USGS) measured the tremors at magnitudes of six and 6.3.

Situated on the edge of several tectonic plates and crossing various fault lines, Iran is an area of strong seismic activity.

Iran's deadliest quake was a 7.4-magnitude tremor that struck in 1990 killing 40,000 people in the north of the country.