Climate funding to developing nations source of tension at COP26

Climate funding to developing nations source of tension at COP26 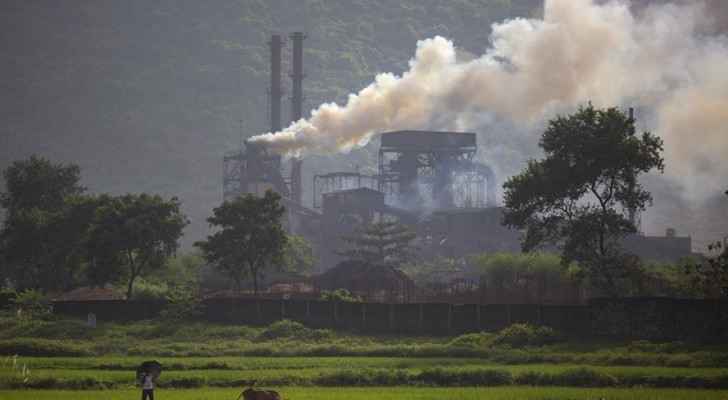 The British presidency of the United Nations Climate Conference COP26 tried on Saturday to defend the draft statement that it put forward, saying that it "makes things move forward," at a time when several controversial points, especially on helping poor countries, threaten to derail an agreement aimed at reducing global warming.

A new draft of the Climate Conference Final Communiqué published by the British Presidency of the Conference did not achieve the hoped-for progress and it was not even possible to start a new plenary session that was supposed to take place at noon.

In front of cameras transmitting an image without sound, US climate envoy John Kerry and longtime European Commission Vice President Frans Timmermans met with various groups from developing countries in the plenary while COP26 President Alok Sharma waited at the pulpit.

Finally, Sharma declared that "what we've put on the table is a balanced package" and "actually makes things move forward for everyone," adjourning this session to later Saturday.

After two weeks of arduous negotiations lasting more than 24 hours, London still hopes to conclude the conference on Saturday while "keeping alive" the Paris Agreement's most ambitious goal of limiting warming by 1.5 degrees Celsius compared to pre-industrial times.

According to the United Nations, the world is still on a "catastrophic" path towards a temperature increase of 2.7 degrees Celsius, and the new text maintains the progress made during this conference in terms of reducing emissions and the use of fossil fuels, the two main sources of greenhouse gases.

But the conference did not make any progress in the file that caused tensions in the last days of negotiations. The focus of the dispute is the amounts allocated to help the poorest countries that bear the least amount of responsibility in climate change, but face directly its effects.

In particular, developing countries requested the establishment of a specific mechanism to take into account the "loss and damage," that is, the devastating effects of storms, droughts and increasing heat waves.

Mohamad Addo of the NGO Power Shift Africa says the text is "weaker" compared to an earlier version published Thursday. He adds that "rich countries are pushing for a system that leads to a forum of continuous chatter" with the inaction of the British presidency of the conference.

According to several observers and sources close to the negotiations, the rich countries, especially the United States and the European Union, opposed this proposal.

Another controversial point is that the third version of the draft statement still includes an unprecedented reference in text at this level to the issue of fossil fuels, noting that the Paris Agreement does not mention it, which angers the producing countries.

But the phrases used have been watered down from one version to another. The latest version calls on member states to "accelerate efforts towards an exit from coal-fired energy without capture (carbon dioxide) systems and inefficient fossil fuel subsidies."

The first statement did not specifically include the words "efforts" and "ineffectiveness."

"We have to fight like crazy to keep that in the script while a group of countries try to delete it," said Jennifer Morgan, director of Greenpeace International.

The talks are complicated by the fear of poor countries, since rich countries have not fulfilled their 2009 promise to increase, starting in 2020, their climate aid to the South to $100 billion a year.

On greenhouse gas emissions, the new text unchanged reiterates the call for member states to increase their emissions cut pledges more systematically than under the Paris Agreement, starting in 2022.

Friday, during the negotiations, a phrase was added regarding the possibility of making adjustments for "special national circumstances," which sparked criticism from NGOs about the real ambition of countries to limit rising temperatures.

On the other hand, delegates want to end talks on the last remaining measures related to the Paris Agreement, especially on the functioning of carbon markets. Negotiations on this controversial item have not led to any results in the last two climate conferences.