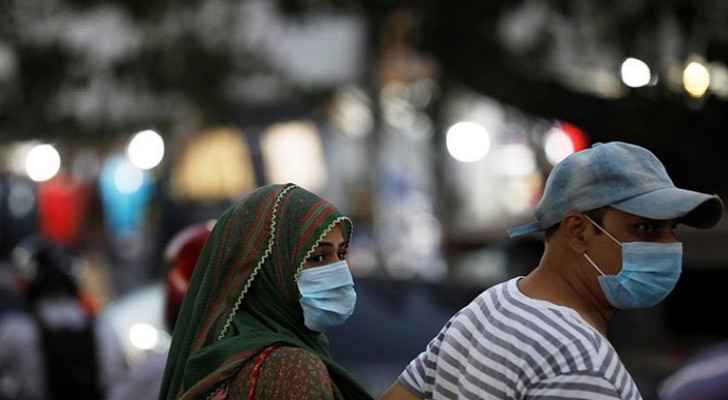 The European Agency in charge of diseases said Friday that the epidemiological situation of Covid-19 continues to deteriorate in the European Union and is considered "very worrying" in ten countries and "alarming" in ten others.

The latest risk assessment of the Stockholm-based European Center for Disease Control found Belgium, Poland, the Netherlands, Bulgaria, Croatia, the Czech Republic, Estonia, Greece, Hungary and Slovenia among the category of most concern.

- 'Partial closure' in the Netherlands -

Faced with the record number of COVID-19 cases, Dutch Prime Minister Mark Rutte is set to announce new restrictions on Friday, including introducing the first "partial lockdown" of this winter in Western Europe.

Among the expected measures, which will apply for three weeks, bars, restaurants and non-essential stores will close at 19:00 local time while teleworking is preferred, according to local media.

However, schools must remain open and people outside the home allowed.

The Norwegian government announced Friday that Norway will re-impose nationwide anti-Covid restrictions in the face of the strong outbreak of the epidemic, in particular by allowing municipalities to use the health certificate.

The Scandinavian country, which lifted all its restrictions at the end of September, will give a third dose of the vaccine to everyone over the age of 18, with the exception of isolation and strict measures.

The Indian Ocean island of Mauritius on Friday imposed a series of new restrictions to cope with the rise in cases despite the high level of vaccination.

"The country will not be able to fight the spread of covid-19 alone," Prime Minister Pravind Jugnoth said, accusing people who do not follow health protocols of being responsible for the increase in the number of infections.

Pharmaceutical giant AstraZeneca's third-quarter profit slumped due to its taxes and higher research and sales costs, despite an increase in revenue thanks to the Covid vaccine.

The net loss amounted to $1.65 billion during the period, compared to a profit of $651 million a year earlier. However, turnover increased by 50% to $9.9 billion.

Unlike its competitors, this company has committed to selling its vaccine at cost.

The head of the Robert Koch Institute for Health Monitoring warned Friday that Germany, which was "severely" affected by a fourth wave of the coronavirus, must prepare for "difficult weeks and months," calling for tighter restrictions.

- New restrictions in Iceland to combat coronavirus within a week -

Less than a week after re-taking measures against COVID-19, the Icelandic government announced Friday a further tightening of its measures from midnight in the face of record COVID-19 infections in recent days.

New Caledonia's self-determination referendum will take place as planned on December 12, despite the separatists' decision not to participate due to the effects of the COVID-19 pandemic, a decision praised by supporters of Remain with France.

The coronavirus has caused the death of at least 5,078,208 people in the world since the World Health Organization office in China reported the emergence of the disease at the end of December 2019, according to a census conducted by Agence France-Presse based on official sources Friday at 11:00 GMT.