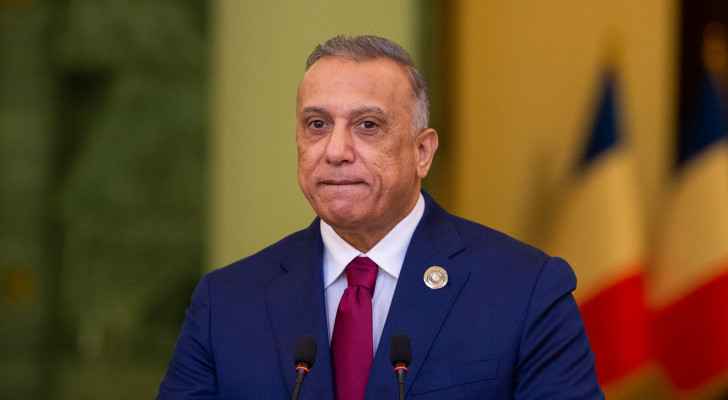 Iraq's Prime Minister Mustafa al-Kadhemi said he was unhurt and appealed for "calm and restraint" after a drone attack on his residence early Sunday as political tensions mounted in the country.

The attack in Baghdad's Green Zone was the first to target the residence of Kadhemi, who has been in power since May 2020, and came as Iraq's political parties wrangle over who will run the next government.

"I'm doing fine, praise be to God, and I call for calm and restraint on the part of everyone for the good of Iraq," Kadhemi wrote on Twitter after what his office called a "failed assassination attempt."

The United States swiftly condemned the attack and said it was "relieved to learn the Prime Minister was unharmed."

"This apparent act of terrorism, which we strongly condemn, was directed at the heart of the Iraqi state," State Department spokesman Ned Price said in a statement.

"We are in close touch with the Iraqi security forces charged with upholding Iraq's sovereignty and independence and have offered our assistance as they investigate this attack."

A large number of security forces were deployed in and around the heavily-guarded Green Zone, which also hosts the US embassy and is frequently targeted by rocket attacks.

On October 31, three rockets fell in Mansour, a neighbouring district, without causing any injuries.

The Jordanian Ministry of Foreign Affairs and Expatriates strongly condemned the failed terrorist assassination attempt against the Prime Minister of the Republic of Iraq, Mustafa Kadhemi.

The Ministry affirmed the Kingdom's full support and solidarity with the Republic of Iraq and its people, and expressed its full support for its security and stability, and for the efforts of the Iraqi government in combating terrorism, strengthening the democratic process and preserving national achievements.

The Jordanian Foreign Ministry stressed the Kingdom's complete condemnation and denunciation of all terrorist practices and cowardly acts that threaten the security and stability of Iraq.

The attack came during a period of soaring tensions over the results of the October 10 elections.

The group's supporters have denounced the outcome as "fraud."

Hundreds of Hashed supporters clashed with police on Friday while protesting near the Green Zone to vent their fury over the result.

One protester died of their injuries in hospital, according to a security source, while a Hashed source said two demonstrators were killed.

The health ministry reported 125 injuries, most of them from the security forces.

Several hundred supporters of pro-Iranian groups returned to the Green Zone on Saturday to protest.

Some burned a portrait of the prime minister, whom they called a "criminal."

According to preliminary tallies, the Conquest won around 15 of the 329 seats in parliament last month, down from the 48 it held previously, which made it the second-largest bloc.

The big winner this time, with more than 70 seats according to the initial count, was the movement of Moqtada Sadr, a Shiite Muslim preacher who campaigned as a nationalist and critic of Iran.

Qatar Airways wins “Airline of the Year” award for seventh ....

Qatar Airways wins “Airline of the ....

Death toll rises to 77 in migrant boat accident off Syrian ....