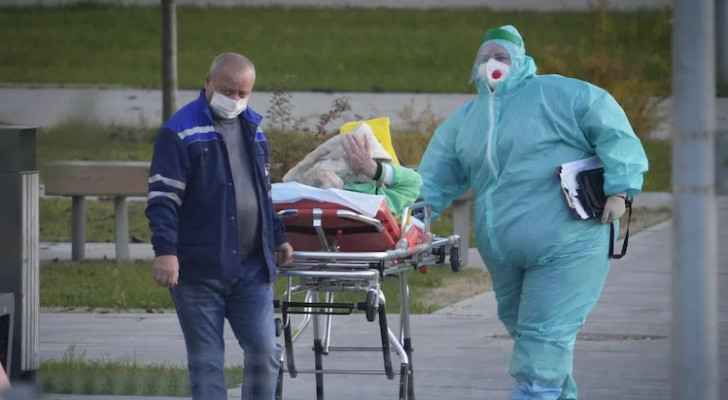 Sunday, Russia recorded a record number of infections due to Covid-19 during the last 24 hours for the fourth consecutive day, in light of the outbreak of the Delta mutant and the slowdown in the vaccination campaign.

Sunday, Russia recorded 997 deaths and 34,303 cases, according to official figures, in an unprecedented toll since the outbreak of the pandemic.

Friday, Russia crossed the symbolic threshold of a thousand daily deaths, with 1,002 deaths recorded, and became the country most affected by the pandemic in Europe.

Only 32 percent of the entire population of Russia has been vaccinated so far, according to official figures, due to the population's fear of vaccines.

The virus is spreading and health restrictions imposed by the government are very limited, despite the re-imposition of several regions and the need to present a QR code to enter public places.

The Kremlin, keen to protect the economy, has ruled out strict restrictions at the national level, but considered the low rate of vaccination against Covid "unacceptable."

What contributed to the spread of the epidemic was the slow vaccination campaign, as surveys show that most Russians do not intend to receive vaccinations and are skeptical about them, in addition to lifting most of the imposed restrictions and not committing to wearing a muzzle.

Since the beginning of the epidemic, 223,312 people have died of Covid in Russia, according to the official toll of the authorities, which is the highest number in Europe, but the actual toll may be much higher.