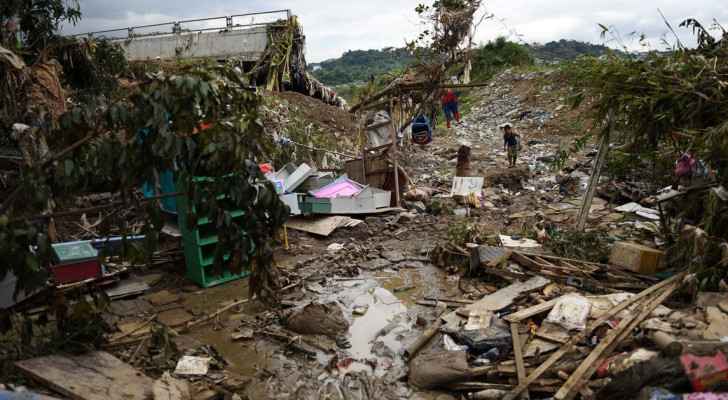 At least nine people have died and 11 others are missing after torrential rain across the Philippines inundated villages and caused landslides, authorities said Tuesday.

Four people died in a landslide in the mountainous province of Benguet, and one drowned in the coastal province of Cagayan, the National Disaster Management Agency announced.

"Eleven municipalities have been submerged by floods, but the water has receded this morning," Cagayan Information Commissioner Rogelio Sending told AFP.

Highways and bridges were also inundated, he said, but the water level was receding on Tuesday.

The storm worsened the rainy season in the southwest of the country, causing floods in a village on the western island of Palawan, leaving four dead and four missing.

But he added that the waters were "now receding."

An average of 20 storms and typhoons plague the Philippines annually, often destroying crops, homes and infrastructure in poor areas.

Because hot weather is more saturated with moisture, climate change exacerbates the risks and severity of floods caused by heavy rains.

Authorities recover all bodies of those missing in Al ....

Authorities recover all bodies of those missing ....

Authorities recover all bodies of those missing ....

Authorities recover all bodies of those ....