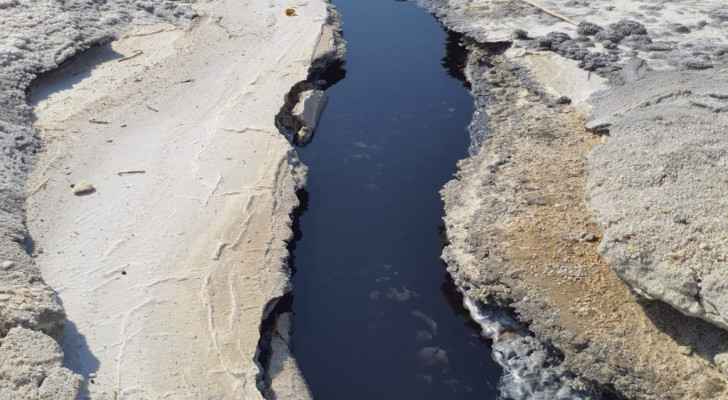 Tuesday, the Ministry of Water and Irrigation released a statement revealing that the black water that leaked from rocky holes into the Dead Sea resulted from a very large rise in iron levels in the water.

Samples of the water and sand were examined in laboratories at the Ministry of Water.

A source from the ministry said that the samples showed presence of elevated percentages of iron, manganese, copper and zinc, all of which suggest that the cause of the black color stems from organic substances, not related to petroleum.

The source called on citizens not to approach the pits, as they pose a threat to people’s lives.

Earlier Monday, a team of geologists from the Ministry of Energy and Mineral Resources visited the site and determined that the cause of the color is not related to crude oil.

According to reports, the black liquid had a potent smell and the layers of rock consisted of silt, mud and salt and part of it has dissolved in water.

The team confirmed that the black liquid is not classified as a petroleum substance.

'Black water that leaked into Dead Sea is clay soil and ....