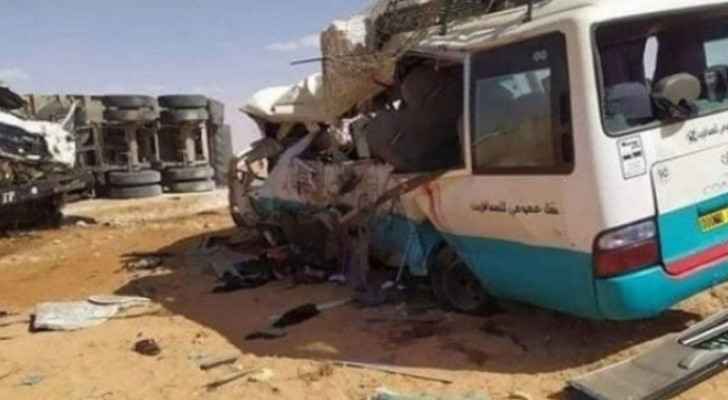 The Ministry of Foreign Affairs and Expatriates expressed its deepest condolences to the government and people of Algeria for the victims of the traffic accident which occurred in Naama province and resulted in a number of deaths and injuries.

The official spokesperson for the ministry, Haitham Abu Al-Foul, expressed the Kingdom's solidarity with the Algerian government and people, extended its deepest condolences to the families of the victims, and wished the injured a speedy recovery.

At least a dozen people died and many others were injured in Algeria Sunday after a bus collided with a truck in the northwest.

The crash happened in the Oued Khebaza locality in Naama province, according to the Algerian civil defense.

The injured were transferred to a hospital to receive treatment.

Investigations have been launched to determine the cause of the crash.