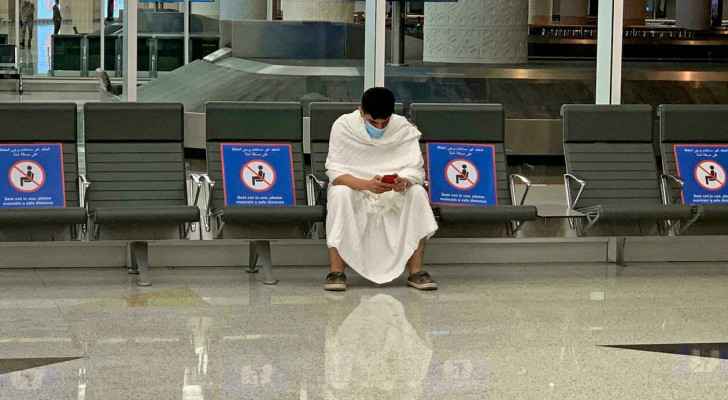 Sunday, Saudi Arabia began banning the entry of non-vaccinated people to public administrations and private institutions, as the kingdom tightens the screws on those hesitant to receive vaccines.

The kingdom had announced in May that vaccination would be mandatory from August to enter public administrations and private institutions, including educational institutions and places of entertainment, as well as public transport.

It also decided that only vaccinated employees in the private and public sectors could return to the workplace.

Saudi Arabia has adopted an electronic application called "Tawakulna," on which the population records the doses of the vaccine they received, and the application on Sunday became the key to entering public places in the Kingdom, which has a population of about 35 million people.

Sunday, the Ministry of Human Resources announced a system to regulate the work of unvaccinated employees, ranging from remote employment to granting them paid leave from their annual balance to deduction from salaries.

The start of implementing the decision coincides with the Kingdom’s reopening its lands on Sunday to fully vaccinated tourists, after nearly 17 months of suspending tourist visas due to the Covid-19 pandemic.

Last month, Saudi Arabia required all its citizens to receive a second dose of coronavirus vaccines to allow them to travel outside the kingdom.

The Kingdom is working to speed up the nationwide vaccination campaign as it seeks to revive tourism and host sports and entertainment events that form the cornerstone of the "Vision 2030" program aimed at diversifying the oil-dependent economy.

As of Saturday, Saudi Arabia had recorded more than 525,000 cases of coronavirus, including 8,237 deaths.

More than 26 million doses of vaccines have been administered to the population of the Kingdom, according to data published by the Ministry of Health on Saturday.