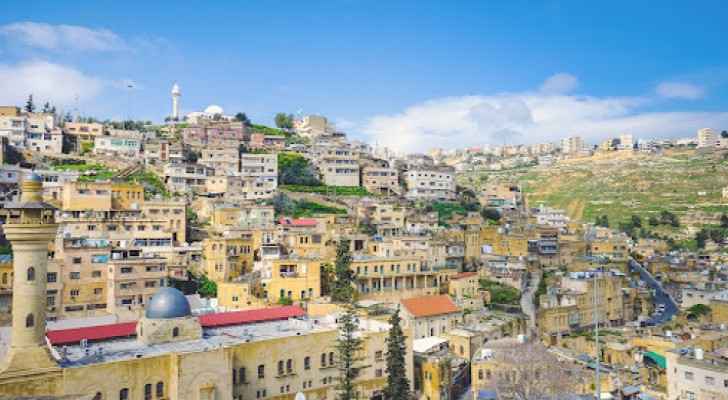 The World Heritage Committee of the United Nations Educational, Scientific and Cultural Organization (UNESCO) decided, during its forty-fourth session, held virtually in China, to approve the addition of the city of Salt, "the city of tolerance and civilized hospitality" on the World Heritage List.

The Minister of Tourism and Antiquities, Nayef Al-Fayez, said during his participation in the committee’s meetings virtually, on Tuesday, that the city of Salt is among the kingdom’s top priorities because of its importance in demonstrating the characteristics of tolerance, coexistence and social care among its residents.

He added that the social solidarity between families in the city of Salt and its visitors, and the absence of separate neighborhoods on a religious basis is one of the clear features of the city, stressing that the inclusion of Salt on the World Heritage List will support a culture of heritage, tolerance and interfaith harmony.

Al-Fayez added that Jordan and the World Heritage Committee (UNESCO) today send an important message to the whole world: a message of peace, tolerance and coexistence in line with His Majesty King Abdullah II’s speech at the 2019 International Conference on Cohesive Societies in Singapore, in which His Majesty stressed that “the attack on interfaith harmony and peaceful coexistence is the most important threat in the world, which requires everyone to join forces to resist hatred and exclusion."

Al-Fayez added, "The distinguished architecture of the city of Al-Salt demonstrates the cultural exchanges that resulted in a unique mixture of high-level architectural styles."

The Acting Director of the Department of Antiquities, Hisham Al-Abadi, said that the inclusion of the city of Salt on the World Heritage List comes as a result of great cooperation and unremitting efforts and teamwork between the ministry and other stakeholders.

Lina Abu Salim, director of the management unit of the old city center of Salt and a member of the work team preparing the file of Salt's nomination on the World Heritage List, said that the file of Salt's nomination for inclusion on the World Heritage List was prepared by a local work team under the supervision of the Royal Committee for the Development of downtown Salt.

She added that the artistic vision of the file was based on the distinguished architectural heritage of the city of Salt, in addition to presenting the city as a model of coexistence and brotherhood and showing it to the world as an exceptional global value in how to respect and accept the other.

The meeting of the World Heritage Committee (UNESCO) to approve the inclusion of the city of Salt on the World Heritage List by default was attended by the Secretary-General of the Ministry of Tourism and Antiquities, Dr. Imad Hijazin, the Director-General of the Tourism Promotion Authority, Dr. Abdul Razzaq Arabiyat, the former Minister of Municipalities Maher Abu Al-Samin, and the former Minister of Interior Ghaleb Al-Zoubi. , Director of the United Nations Education Office (UNESCO) in Jordan Min Jong Kim, Chairman of the Board of Commissioners of the Petra Development and Tourism Authority Dr. Suleiman Al-Farajat, Director General of the Baptism Authority, Engineer Rustam McJean, and representatives of the Ministries of Foreign Affairs and Education.

It is noteworthy that the sites inscribed on the World Heritage List in Jordan are Petra, Qusayr Amra, Umm al-Rasas, Wadi Rum, and al-Maghtas, in addition to the newly listed city of Salt.

Four-year-old dies while crossing street in ....

Four-year-old dies while crossing street in ....

'Investigation revealed there is a great lack in safety ....

'Investigation revealed there is a great lack in ....

'Investigation revealed there is a great lack ....

'Investigation revealed there is a ....