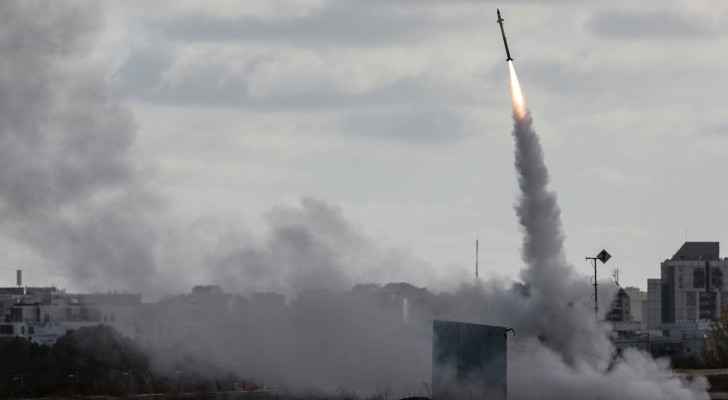 The Israeli Occupation army announced that it bombed Lebanon with artillery fire Tuesday in response to missile attacks fired from Lebanon.

"Two missiles were fired from Lebanon towards northern Israel. The Iron Dome air defense system intercepted one of the missiles and the second landed in an open area inside Israel," the army said in a tweet.

It stressed that it responded by targeting Lebanon with artillery shelling.

A Lebanese security source confirmed to AFP that "two Grad rockets were fired from the vicinity of the town of Qleila towards the occupied territories, and the army found a third missile in the area that was not fired."

The source added, "The Israeli forces responded by targeting the area with artillery shelling," noting that "the identity of the rocket launchers has not been determined yet."

The United Nations peacekeeping mission "UNIFIL" confirmed that "we have strengthened security" in the region and "we have launched an investigation" in cooperation with the Lebanese army.

"UNIFIL is in direct contact with the parties to urge the exercise of maximum restraint and to avoid further escalation," its statement said.

Israeli Occupation security officials in recent weeks have increasingly warned that the political and economic crisis engulfing Lebanon could fuel unrest on the tense border.

Defense Minister Benny Gantz said on Twitter that "the Lebanese state is responsible for the rocket fire this morning, because it allows terrorists to operate within its territory."

"We will not allow the social, political and economic crisis in Lebanon to turn into a security threat to Israel," he added.

Gantz called on the international community to take measures to restore stability in Lebanon.