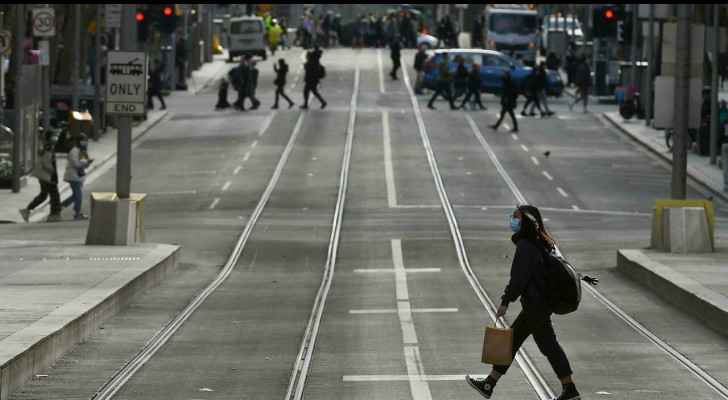 Melbourne, the second-largest city in Australia, will impose a comprehensive closure for the fifth time starting Thursday, while the continent struggles to contain a new pandemic wave.

These measures will be applied across the state of Victoria, and its capital, Melbourne, as announced by its Prime Minister Dan Andrews.

This decision will bring the number of Australians subject to health measures to 12 million - about half of the country's population - as five million Sydney residents since the end of June have also been subject to closure measures.

Australia is currently working to stop the spread of the Delta mutant, which has infected nearly 1,000 people in one month.

Andrews said he made the fifth lockdown "with sadness," but felt it was "an absolute necessity" for the state of Victoria.

"We only have one chance to work quickly and well," he told reporters. "If you wait, if you hesitate, if you have doubts, there will come a time when you look back and tell yourself that you should have done more, sooner."

The closure measures will enter into force on Thursday evening and will last for five days.

Australia has long been applauded for its handling of the pandemic, which is due in large part to the strict closure of the borders of the huge island continent.

But the vaccination campaign is so slow that less than 10 percent of the population has received the vaccine.