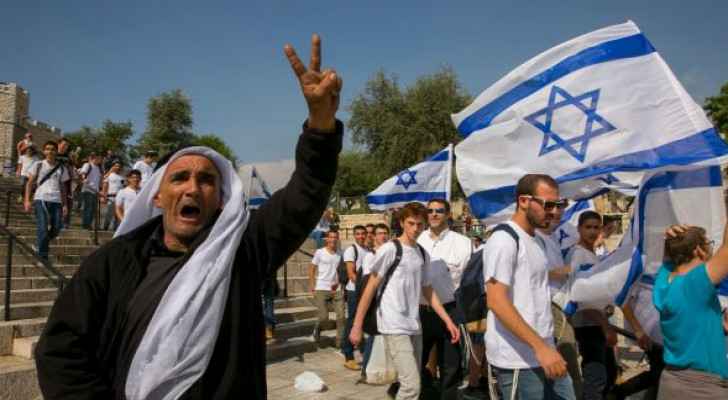 The ban first enacted in 2003 during the second Palestinian intifada, or uprising, has been justified by supporters on security grounds but critics derided it as a discriminatory measure targeting Israeli Occupation's Palestinian/Arab minority.

Bennett, a hardline religious nationalist, supports the measure that has highlighted cracks in his ideologically disparate eight-party coalition, which has a wafer-thin majority in their 120-seat parliament, the Knesset.

In talks that ran through the night, the coalition sought a deal that would see nearly all of its members vote for the measure, including Jewish left-wingers and two Palestinian lawmakers from the conservative Islamic Raam party.

In exchange, the government would grant residency or citizenship rights to over 1,500 Palestinians with pending requests who have been living in Israeli Occupied territories for many years.

But that compromise failed when a member of Bennett's hawkish Yamina party, Amichai Chikli, voted with the opposition, tweeting Tuesday that the fracas over the bill exposed "the problematics of a government" that relies on the nominally 'anti-Zionist' Raam party and the Jewish left.

"[The Israeli Occupation] needs a functioning Zionist government, and not a mismatched patchwork," said Chikli, a vocal sceptic of the coalition crafted by his party leader Bennett last month.

His defection left parliament tied at 59 votes to 59, meaning the measure would lapse later Tuesday.

Bennett had called for members of the right-wing opposition led by former prime minister Benjamin Netanyahu to support the measure in a plea for unity on national security grounds.

According to Hebrew media, Netanyahu told members of his Likud party "the importance of toppling the government is greater" than renewing the ban.

"This isn't just a law. It's a law that exposes the fault line in this government," added Netanyahu, who has made no secret of his desire to oust Bennett and reclaim the premiership he held for 12 consecutive years.

Raam leader Mansour Abbas, the first Palestinian party chief to ever join an Israeli Occupation coalition, told the army radio that the coalition needed to "take stock" after the setback and would hold talks on the next steps.

The ban has caused endless complications for Palestinians living across Israeli Occupied territories since 1967.

A substantial number of those affected live in annexed east Jerusalem and therefore have Israeli Occupation residency, without necessarily being citizens of the Jewish state.

In a protest against the measure outside parliament Monday, some recounted the hardships of seeking permits to join their spouses, or the risks of entering Israeli-Occupied territory without permission.

Ali Meteb told reporters that his wife not having residency rights had confined his family to a "continuous prison".

"I am asking for rights that the state owes us... for my wife to have Israeli Occupation ID, residency rights and freedom of movement," he said.

Jessica Montell, the head of Hamoked, an Israeli Occupation human rights group that provides legal services to Palestinians, said "tens of thousands of families are harmed by this law."

Jaafar Farah, the head of the Mossawa Center that campaigns for the rights of Palestinian citizens of the Israeli Occupation, said the failure to renew the law marked "a partial victory" in an 18-year battle that is "not over," condemning the family unification ban as "racist collective punishment."