Minister of Education: No record of Tawjihi questions being leaked

Minister of Education: No record of Tawjihi questions being leaked 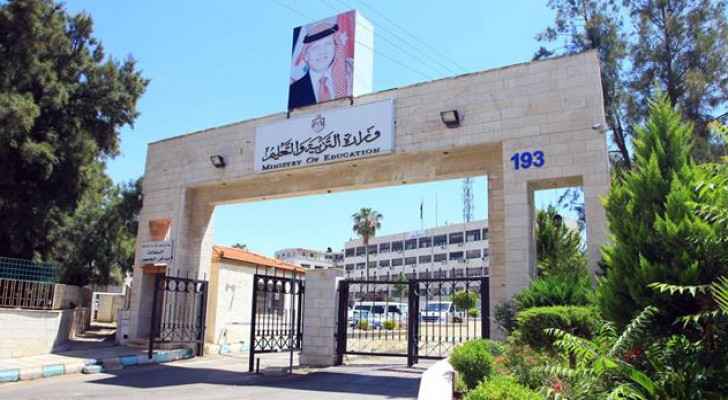 The Minister of Education, Higher Education and Scientific Research, Dr. Muhammad Abu Qadis, confirmed that the questions for the Tawjihi exams were not leaked before the exam, and the ministry will not allow an exam to be taken if the questions are leaked. He added that the ministry has a plan to deal with the matter if it happens.

He said during a meeting held by the Education Committee in the Senate Tuesday, chaired by senator Dr. Wajih Owais, that the ministry has developed a plan to manage and implement the Tawjihi exam to ensure the safety of procedures and create an appropriate environment, stressing that "things are going normally, with some exceptions, such as students taking their mobile phones to the exam," the students involved were apprehended and banned for the next two sessions.

Regarding the doubts that were raised regarding some of the questions, which were described as “outside the curriculum,” Minister Abu Qadis explained that a test was developed to measure the differences and abilities of students through an array of questions, a percentage of which challenge the abilities of students, where they require more thought and analysis.

Minister Abu Qadis noted that the general secondary examination, which includes 207,000 students in the current session, ends on the fifteenth of this month, and the results are expected to be three to four weeks after the end of the "Tawjihi."

In another matter, Abu Qadis said that there is a push to rethink how the university board of trustees and the selection of its leaders’ functions.

He stressed that the trend revolves around the powers, roles and effectiveness of the boards of trustees, in addition to finding an appropriate group of members representing various sectors, especially the industrial, economic and technological sectors.

Minister Abu Qadis indicated that the process of selecting university presidents is also on the table for research and discussion, with the aim of finding leaders for universities, who work in harmony with the boards of trustees and all elements of the educational system, pointing out that this model already exists in some universities.

At the beginning of the meeting, senator Owais said that the meeting came to see the progress of the general secondary examination process, which is currently being held, in addition to discussing the mechanisms for selecting presidents and members of university boards of trustees.

He explained that in the past two years, the Kingdom witnessed an unprecedented phenomenon, represented by the high grades of "Tawjihi" students, which may have "serious repercussions" on the level and quality of education and unemployment rates, which affects the economy in all ways.

Senator Owais indicated that the high grades of high school students led to an increase in the number of students enrolled in universities, reaching for the first time about 50,000 female and male students, which is an indication that there will be huge numbers of graduates, thus creating more challenges.