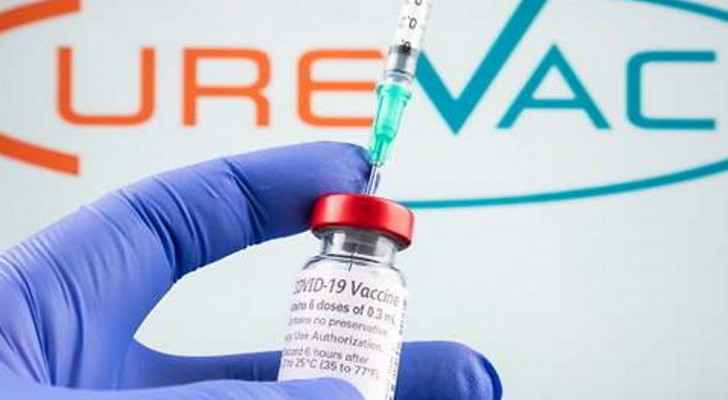 The German company, CureVac, announced the final results of a large-scale clinical trial that it conducted on its experimental vaccine against COVID-19, which only proved to be 48 percent effective in preventing disease - a much lower rate than other mRNA vaccines such as Pfizer-BioNTech and Moderna.

The company said the clinical trial showed that the experimental vaccine demonstrated a general efficacy of 48 percent (83 infection cases in the vaccinated group, and 145 cases in the placebo group) against the virus, regardless of degree of its severity.

This outcome was expected after the company published mid-June the data of clinical trials that it conducted on the vaccine, showing poor interim results.

The company attributed that setback to the large number of viral mutations, which were present in trial volunteers, as well as varying responses across different age groups.

According to its statements, the vaccine demonstrated slightly better efficacy in adults between the ages of 18 and 60 years, as its effectiveness reached 53 percent.

Among that same age group, the vaccine offered 100 percent protection against hospitalization and death.

CureVac's late-stage trial involved around 40,000 people in 10 countries across Europe and Latin America. Of those, 228 contracted the coronavirus.

However, despite falling behind in the vaccine race, CureVac believes it has advantages over its mRNA competitors.

Their vaccines can be stored at standard refrigerator temperature, unlike the Pfizer and Moderna which require costly super-cold freezers.