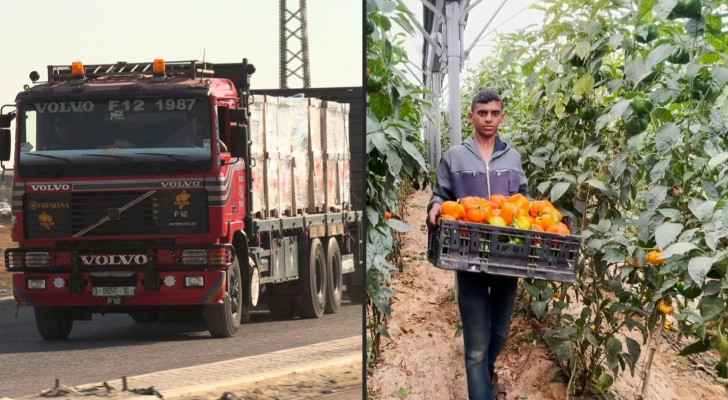 The beseiged territory, home to around two million Palestinians, has been under an blockade since 2007.

The resumption of some trade and the postal service came one month after a so-called 'ceasefire' between the Israeli Occupation and the Gaza's Hamas to end an 11-day aggression.

An AFP reporter Monday saw trucks loaded with fabric go through the Kerem Shalom crossing while Palestinians in the Gaza Strip reported that some mail also had been allowed in.

Sunday, the Israeli Occupation's military body that administers civilian affairs in the Palestinian territories, COGAT, said it will allow the "limited export" of farm produce from Gaza.

Extra restrictions since intense violence last month has meant Gaza's farmers have been unable to export goods as usual, creating a glut of produce such as tomatoes and strawberries, causing prices to tumble.

COGAT added that "this civilian measure, which was approved by the political echelon, is conditional upon the preservation of security stability".

The Israeli Occupation claimed this was in response to Palestinian resistance officials setting off incendiary balloons which sparked fires on farm land.

Saleh al-Zaq, head of the civil affairs committee that controls the borders, said the Israeli Occupation had informed him that mail would be allowed in and out of the enclave, but COGAT did not confirm the announcement.

The six-week freeze on mail had impacted thousands of Palestinians, including many who have been waiting for their passports to be issued in Ramallah, seat of the Palestinian Authority in the occupied West Bank.