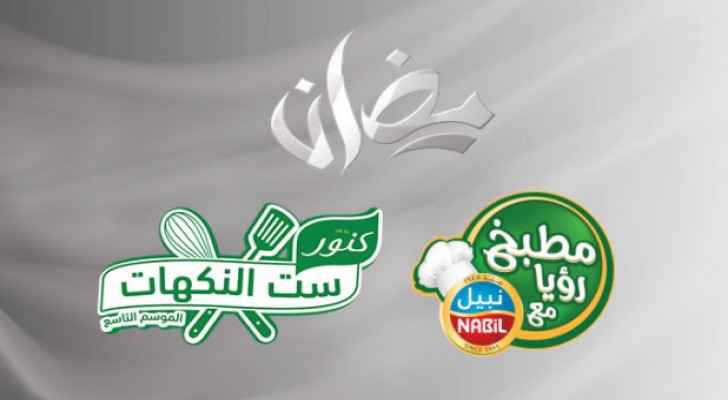 According to a new IPSOS report, Roya TV's cooking shows Roya Kitchen and Sit al Nakhat were the most-watched cooking shows in Jordan during Ramadan 2021, with Roya Kitchen sliding into the number-one spot for the tenth consecutive year.

Roya Kitchen with Nabil, a longtime favorite in Jordan, is a live cooking show which broadcasts from Saturday to Thursday. Since 2011, it has brought delicious dishes into Jordanian homes by way of beloved personalities joining chef Nidal in divulging their best cooking secrets.

Sit al Nakhat, currently in its ninth season, came in second as the most-watched cooking show in Jordan. The show, which aims to empower and inspire women to realize their potential, challenges contestants to put their cooking skills to the test, and have their dishes judged by celebrity chefs like Deema Hajjawi , Taimour Mauge and Yousef Iqleim.

The successes of Roya Kitchen and Sit al Nakhat come against the backdrop of an even bigger success for Roya TV as a whole, which garnered the highest viewership across all channels broadcasting in Jordan during Ramadan, pulling in 55 percent higher ratings than all local and regional TV stations.

Roya Media Group  (RMG) strives to produce the highest quality content for its audiences, and continues implementing RMG’s vision to be the leading broadcaster in the MENA region.