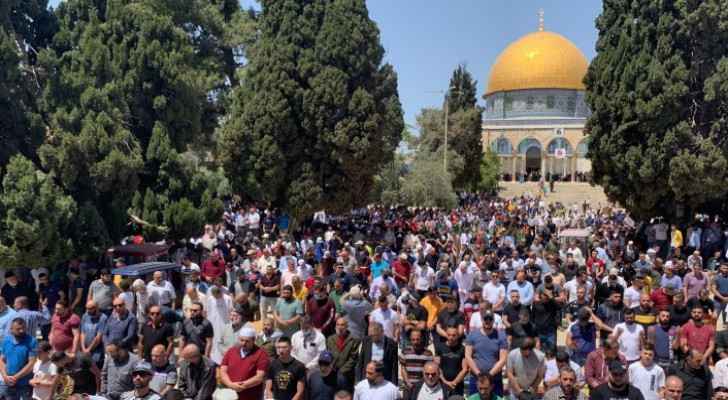 IOF was present at the mosque's gates, checked people's identification cards and did not allow a number of Palestinians into the mosque.