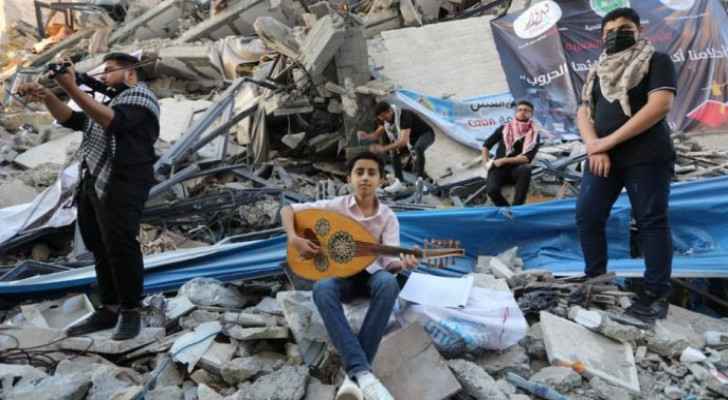 Friday, a group of young Palestinians participated in a musical performance on the ruins of the Hanadi Tower in Gaza City.

The tower was destroyed during the eleven days of the Israeli Occupation's aggression on Gaza, which became known as the 'Sword of Jerusalem' battle.

The aim was to send a message of strength and perseverance through music and poetry. 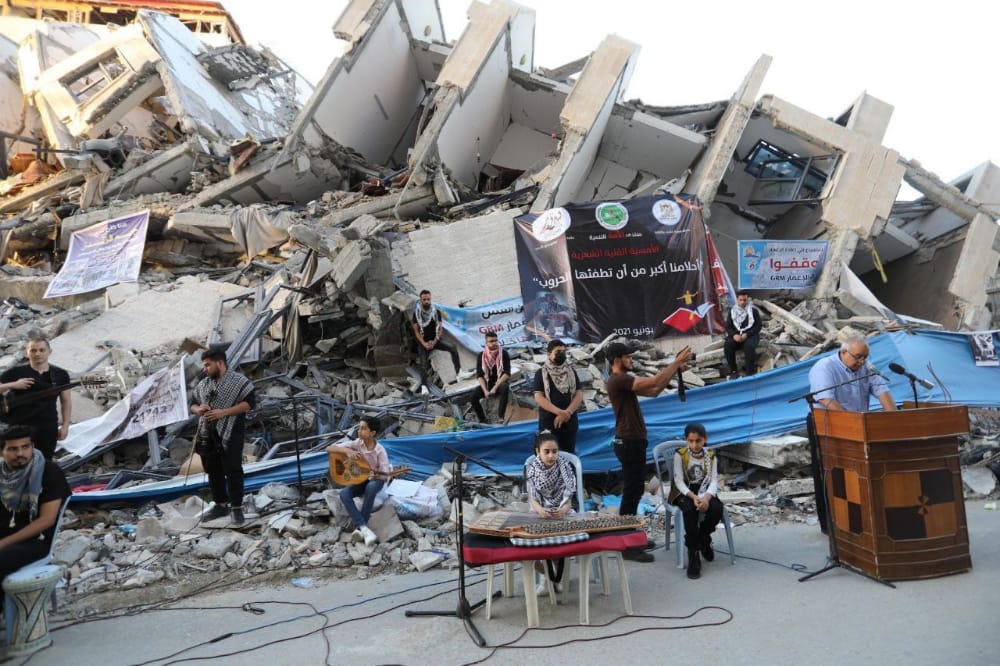 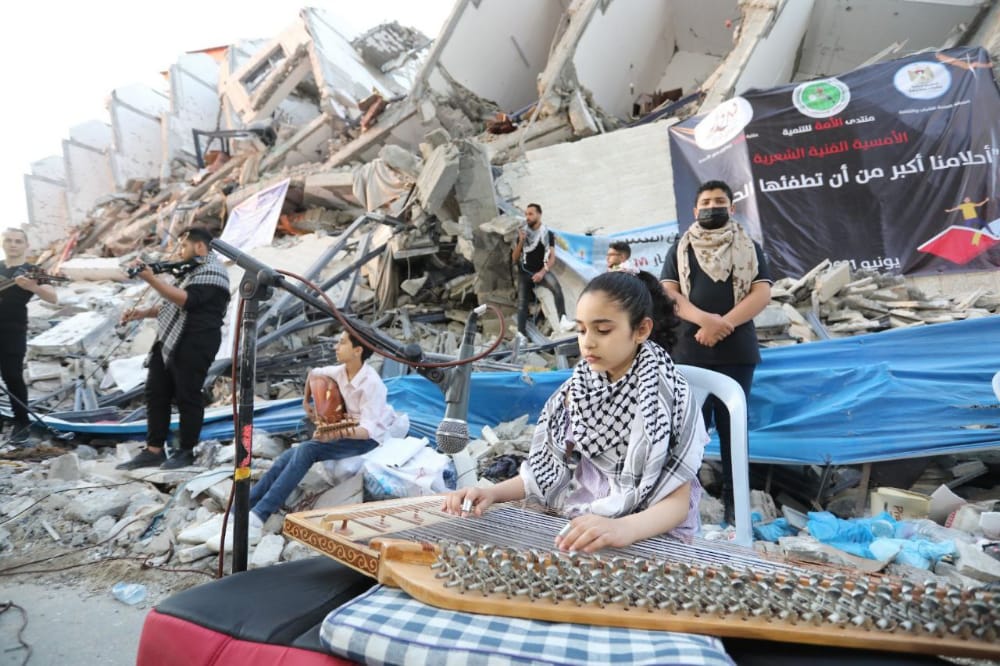 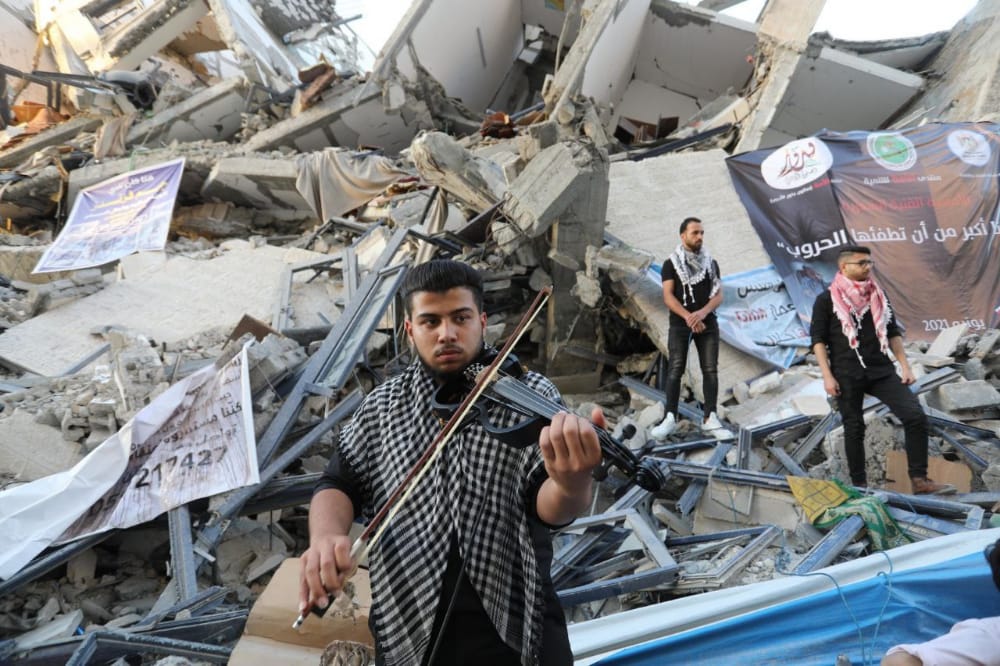