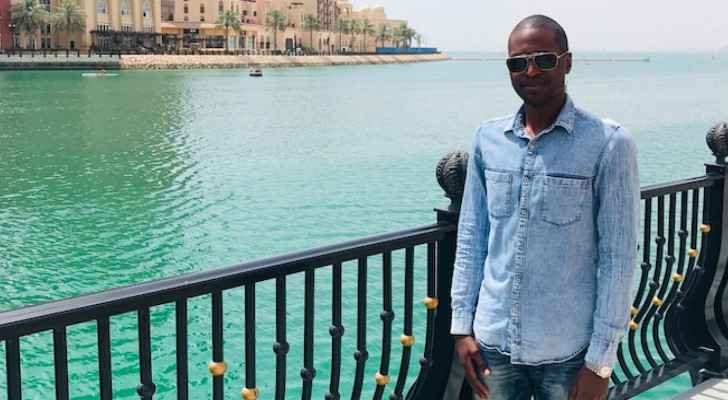 The Qatari authorities charged a Kenyan worker with receiving money from a foreign party for the purpose of spreading "misleading information" inside the wealthy country, according to the government communications office on Saturday.

The office said in a statement received by Agence France-Presse that Malcolm Bedali, 28, will be subject to trial, the day after five human rights organizations demanded his release after about three weeks of his arrest.

According to the five organizations, including Human Rights Watch and Amnesty International, the Kenyan worker is a "security guard, blogger, and activist. He has spoken out loud about the plight of migrant workers like himself, and has written for a number of online platforms."

Doha has undertaken a series of reforms to labor laws since its selection in 2010 to host the 2022 FIFA World Cup, which required a massive reconstruction plan that relied mainly on foreign workers, but is often criticized by human rights organizations.

The government office statement stated that "after a thorough investigation by the authorities, the case of Mr. Malcolm Bedali was transferred to the Qatar Public Prosecution Office."

The statement added that Bedali was charged with "committing crimes related to payments he received from a foreign party for the production and distribution of misleading information inside the State of Qatar," explaining that he "receives legal advice and representation before the court date, which has not yet been determined."

The Qatari authorities acknowledged earlier this month that Bedali was under arrest, but refused to disclose his whereabouts and said that he was arrested on the grounds of "breaching Qatar's security laws and procedures."

Bedali tweets about the workers' situation in Qatar under a pseudonym, according to the organizations that demanded his release Friday.

According to these organizations, the authorities located him via a link on the Internet, and arrested him from his home on May 4.

The five organizations stated that he told his mother in a phone call on 20 May that he was "held in solitary confinement for 23 hours a day and that he had no access to a lawyer."

However, the government office said in his statement that Bidali met the Kenyan ambassador in Doha and representatives of the International Labor Organization, who would provide him with "legal representation before the court date," adding that the Qatari authorities "are in regular contact with the Kenyan government in this regard."

Blinken: Qatar will manage US interests in Afghanistan

Blinken: Qatar will manage US interests in ....

Blinken: Qatar will manage US interests in ....

Blinken: Qatar will manage US interests ....