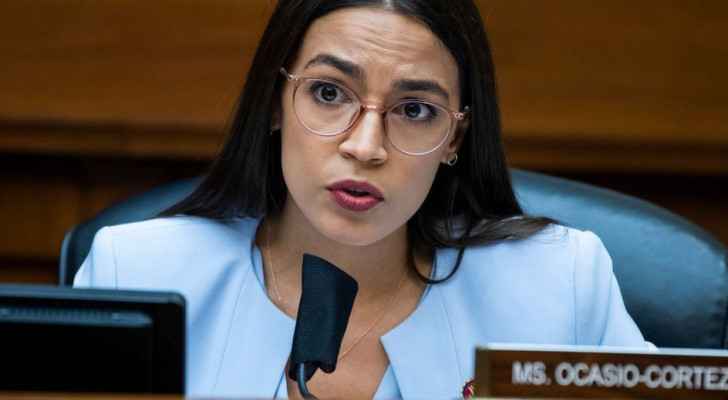 Wednesday, US Representative Alexandria Ocasio-Cortez (AOC) with a handful of other progressive Democrats, introduced a new resolution to block the sale of a $735 million precision-guided weapons deal to the Israeli Occupation amid an uptick of bombardment in the Gaza Strip.

On Twitter, AOC wrote, "The United States should not be rubber-stamping weapons sales to the Israeli [occupation] government as they deploy our resources to target international media outlets, schools, hospitals, humanitarian missions and civilian sites for bombing."

She added, "This is our business because we are playing a role in it. And the United States must acknowledge its role in the injustice and human rights violations of Palestinians."

The arms sale, which the US Congress was notified of May 5, was approved by the Biden administration a week before the current uptick of Israeli Occupation violence began in Gaza and Jerusalem. The sale includes Joint Direct Attack Munitions (JDAMs), which are used to turn bombs into precision-guided missiles, according the the Washington Post.

In a statement regarding the resolution, AOC said that the US has been selling billions-worth in weaponry to the Israeli Occupation for years with no requirement to respect Palestinian rights.

By doing so, she said that the US has blood on their hands for directly being responsible for "the death, displacement and disenfranchisement of millions."

Rubber-stamping the deal would constitute a direct attack on Palestinians, she said, adding that Biden at this time, should be supporting a ceasefire.

This will allow the Israeli Occupation's Prime Minister Benjamin Netanyahu to prolong the aggression and violence in Gaza, she added.

The arms sale caused many human rights advocates to slam the decision.

the Human rights group, 'Amnesty International', also rejected the weapon deal, indicating the approval undermines the US commitment to upholding human rights around the world.

The group's advocacy director for the MENA region, Philippe Nassif, urged US President Joe Biden to reconsider the decision, saying, “By supplying weapons that could be used to commit war crimes, the US government is taking the risk of fuelling further attacks against civilians and seeing more people killed or injured by US weapons.”