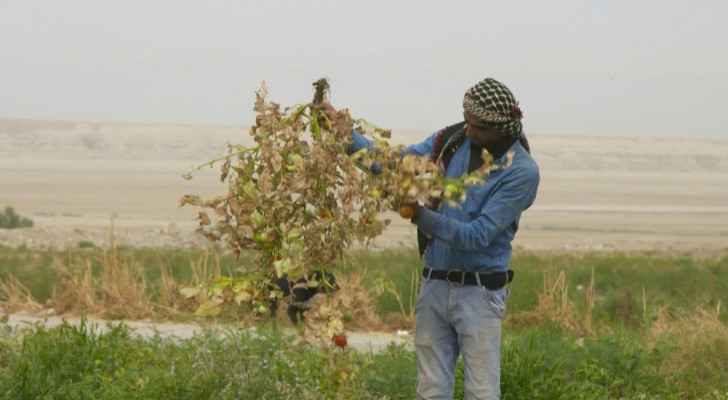 The situation in Jordan has been described as 'critical' as water sources dry up in the drought-hit Kingdom, as reported by AFP. The Ministry of Water and Irrigation spokesperson Omar Salameh said "As you know, Jordan is one of the water-poorest countries in the world. Therefore the annual share of water per capita has fallen over the past years - due to political and refugee crises endured by Jordan - from 3,400 cubic meter in 1946 to less than 100 cubic meter in 2021."

He added that "This has created a pressure on all water resources, in addition to climate change, reduced rainfalls, and other factors such as population growth, high energy costs and a shortage in surface waters, plus the shared water resources with other countries has caused a decrease in the past years."

He noted that "This summer will be critical and difficult, but we have plans and will be able to face it. We will be committed to providing citizens with a one-turn system, water will continue to reach citizens on a weekly basis insufficient and fair quantities, but these quantities must be dealt with responsibly, rationalised, preserved and not wasted."

A Pakistani farmer Ahmad Daoud showcased his shrivelled tomato plants near the Dead Sea in Jordan, where severe drought is hitting hard. The fertile area is home to many market gardens but drought has taken a heavy toll.

Daoud said "The problem is that we don't have any water. Look at this tomato, if there was water it would have been bigger and I could have sold it for a good price. Yesterday, we harvested and sold 10 kilos for half a dinar. It means one kilo is at five piasters."

He added "We gather the leaves and burn them to clean the area for the next season, to remove the previous crop. I hope next season will be better."

Another Pakistani farmer Amer Daoud said "Water is not sufficient to irrigate our vegetables. We have 50 dunums of crops. See the watermelons have died and tomatoes died because of the lack of water. All we want is to be provided with at least a little bit of water to irrigate this land. We have no money. We live in tents with the heat, we just have this small land. Where could we go? We don't have an apartment, only this agricultural field."