US says Israeli Occupation's actions 'do not constitute apartheid' 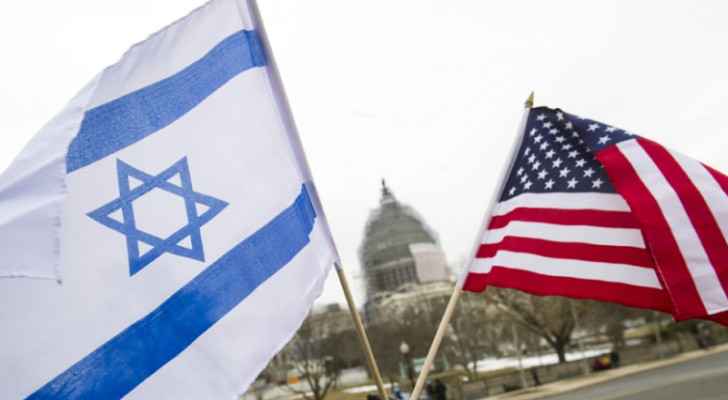 The United States announced Wednesday that it did not agree with the findings of a report by Human Rights Watch accusing the Israeli Occupation of pursuing a policy of "apartheid" against Palestinians.

A State Department spokesperson said, "This administration does not believe that Israel's actions constitute apartheid."

The State Department indicated that it will not conduct any "public evaluations of the reports (written by) outside groups," in contrast to the administration of former US President Donald Trump, which was highly critical of organizations that were launching positions towards the Israeli Occupation.

The State Department spokesperson reiterated the call on the Israeli Occupation and the Palestinians to "abstain from unilateral measures that could inflame tensions," including activities related to settlement activity and incitement to violence.

Human Rights Watch accused the Israeli Occupation of committing "two crimes against humanity" by pursuing a policy of "apartheid" and "persecution" against the 1948 Palestinians and and West Bank Palestinians, according to a report released on Tuesday, which was welcomed by the Palestinians and aroused strong condemnation from the Hebrew state.

The organization said, "These results are based on the comprehensive Israeli government policy to maintain the domination of Israeli Jews over the Palestinians and the grave violations committed against Palestinians living in the occupied territories, including East Jerusalem."

In its response to the report, the Israeli Ministry of Foreign Affairs told AFP that it was a "propaganda leaflet" that had nothing to do with "facts or facts on the ground" and was issued by an organization that has adopted "for a long time an anti-Israel agenda."

Five arrested in Sheikh Jarrah as ....