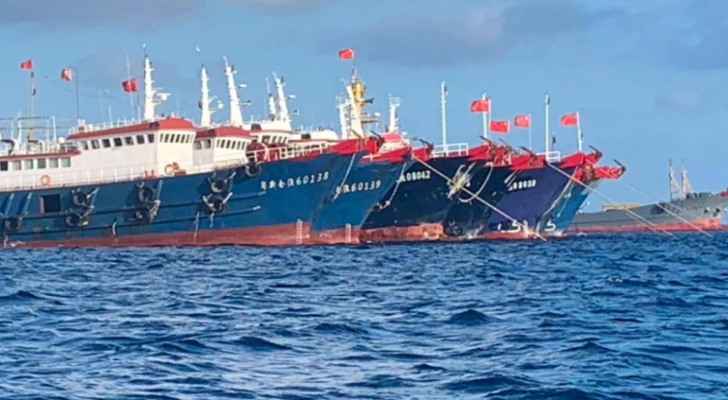 The Philippine Coast Guard is conducting exercises in the South China Sea, which an official said Sunday was part of efforts to ensure "maritime jurisdiction" in the disputed waters.

The exercises taking place near the island of Theto, controlled by the Philippines, on the one hand, and Scarborough Sholl, under the authority of China, come against a backdrop of heightened tension in the resource-rich sea.

The disclosure of the presence of hundreds of Chinese ships in the Spratly Islands last month sparked a recent diplomatic row between the two countries.

China, which claims almost the entire sea, has rejected Philippines' repeated requests to withdraw the ships, insisting that they are nothing but fishing vessels.

In response, the Philippines deployed more ships within patrols, including ships belonging to the Coast Guard and the Navy, to intensify supervision and prevent illegal fishing.

The exercises include training in navigation, small boat operations, maintenance operations and such logistics.

Scarborough, one of the region's richest sites, has long been a point of contention between Manila and Beijing.

China snatched it from the Philippines in 2012.

The exercises began while the Philippine Armed Forces conducted joint exercises with the US military that ended Friday.

Beijing ignored a 2016 international court ruling that deemed it baseless for its historic claims in the South China Sea.

But relations between Manila and Beijing improved under Philippine President Rodrigo Duterte, who ignored the court ruling in exchange for commercial and investment promises.

But the Philippines' foreign and defense ministers have fought a war of words with Beijing.

The Foreign Ministry raises daily protests against Chinese ships and recently summoned the Beijing ambassador to express "the utmost dissatisfaction" with the issue.

Philippines locks down economic hub to ....