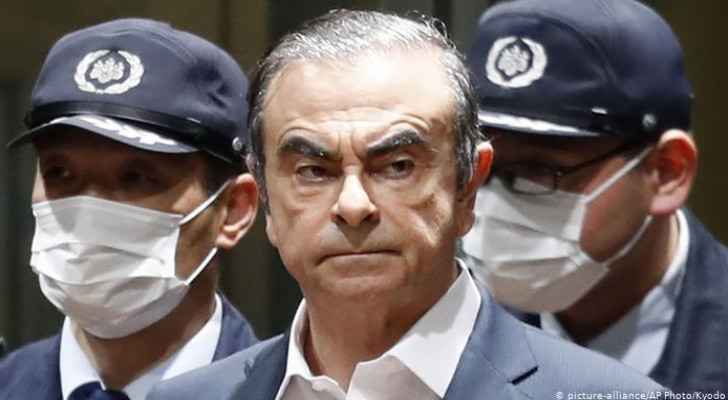 Friday, identical sources told AFP that a delegation that includes French judges and investigators will travel to Beirut May 17 to hear, for the first time, from Carlos Ghosn, former head of the Renault-Nissan group, who is being investigated in France.

According to sources close to the case, the judges assigned to the investigations in Nanterre and Paris will be questioned by Ghosn at the Palace of Justice in Beirut, in the presence of judges from the Nanterre prosecutor's office and the Paris Finance Prosecution, as well as investigators from the Central Office for Combating Corruption and Financial and Tax Violations.

A Lebanese judicial source confirmed to France Press that "the French consulate has informed the Public Prosecution that the French delegation will arrive on May 17th."

He added, "It is expected that the hearings will take place in the week in which the delegation arrives in Lebanon, although the Lebanese judiciary has not yet set a date for that."

In a statement to France Press, Jane Tamaleh, one of his lawyers from King & Spalding, said, "Carlos Ghosn only asks to hear him. Finally, for the first time since his arrest, he will have the opportunity to respond to the judges, surrounded by his lawyers who have taken the proceedings and will be able to defend him."

Ghosn has been in Lebanon since the end of December 2019, after fleeing Japan to escape prosecutions for fraud. In addition to the files related to Ghosn in Japan, he is targeted by several cases in France.

In Nanterre, the judiciary suspects that he personally benefited from an agreement between Renault and the foundation that manages the Palace of Versailles by organizing two evenings for two special occasions.

The investigators are also concerned with a case involving millions of suspicious payments reported between RNVB, the Dutch subsidiary of the Renault-Nissan alliance, and the distributor of the French car manufacturer in Oman, Suhail Bahwan Motors.

In Paris, investigating judges have been scrutinizing the advisory services that RNVB had concluded since 2019 with former French Justice Minister Rachida Dati and French crime expert Alain Bauer when Carlos Ghosn was still CEO of the auto group.

Dati and Bauer, who deny any contractual breach, were placed under the status of auxiliary witness as well as former assistant to Ghosn at French-Iranian Renault, Mona Sepehri.

French FM visits Lebanon to press for formation of ....