US arrests couple while boarding ship to Yemen to 'join Daesh' 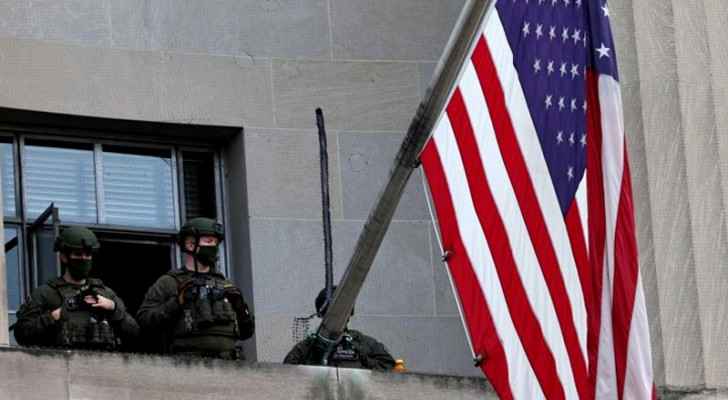 The US Department of Justice (DOJ) announced Thursday that an American couple was charged with "conspiring to provide material support to a foreign terrorist organization" while trying to board a ship bound for Yemen with the intention of joining Daesh.

The DOJ said that the accused are James Bradley, 20, who is from New York State, and his wife Arwa Muthanna, 29, who is from Alabama.

It added that they were arrested in the port of Newark, New Jersey, while they were boarding the bridge leading to a cargo ship on its way to Yemen.

According to the DOJ, Bradley has expressed violent extremist views since at least 2019, including within discussions that took place over the past year between him and a secret agent, wherein he repeatedly expressed his belief in the "Islamic State."

James Bradley also told this agent that he was ready to attack an American target, including the West Point military academy, according to the same source.

A court document showed that Bradley had become the focus of the FBI's attention after authorities in 2019 arrested a friend of his who was planning to go to Afghanistan to join the Taliban.

The same document added that Bradley "continued to express his desire to commit acts of violence in support of extremist Islamic thought, offered his support and loyalty to the Islamic State, and tried to travel abroad to join the Islamic State and fight for it."

According to the same source, Bradley decided to go to Yemen to join Daesh with Arwa Muthanna, whom he married last January.

The document quoted Bradley as telling the undercover agent, "If I don't find them (jihadists), I will go to Somalia" to join the Islamist group Al-Shabab, which is linked to Al Qaeda and is threatening the government in the country in the Horn of Africa.

The couple faces up to 20 years in prison if they are indicted on the charges against them.