Damascus to send 75 tons of oxygen to Lebanon 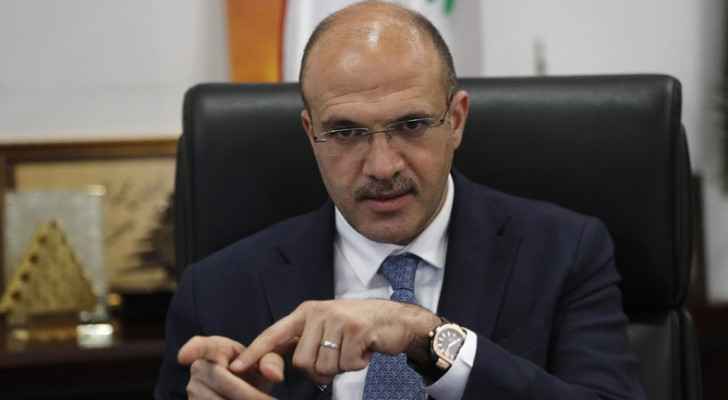 Syrian authorities informed the Lebanese Minister of Health, Hamad Hassan, who visited Damascus Wednesday, that they would send 75 tons of oxygen to Lebanon, where the oxygen stockpile is dwindling and thousands remain in need.

The Syrian Minister of Health, Hassan Al-Ghobash, announced during a press conference held with his Lebanese counterpart, who arrived on a surprise visit, according to what was reported by the Syrian official media, that at the request of Hassan, "Lebanon will be provided with 75 tons of oxygen, every day, 25 tons for three days."

The oxygen will be supplied to Lebanon "immediately", and Hassan will take the first batch with him on his return to Lebanon.

Al-Ghobash stressed at the same time that this would not affect "the oxygen system in Syria."

Hassan arrived in Damascus on an unannounced visit. He told reporters, "We have nearly a thousand patients on respirators in the intensive care rooms, God forbid, if the remaining quantities were exhausted, which were really enough until today (Wednesday) only, thousands of lives, God forbid, would have lost thousands of lives."

He pointed out that "bad weather" impeded the arrival of "shipments from various sources to Lebanon ... especially via ships."

He added, "Despite the increased demand and the need for it to help Syrian patients, a positive response came quickly (...) as it is always said that betting on a brother and a friend during crises is a right bet."

Since the outbreak of the conflict in Syria, major divisions have prevailed between the political forces in Lebanon over the relationship with Damascus and Hezbollah's participation in the fighting alongside the regime forces. The two countries maintained diplomatic relations, but official visits were greatly reduced.

Hezbollah, which counts Hassan from its ministerial share, is repeating the call for an official openness to Syria, which is rejected by other political forces, headed by Prime Minister-designate Saad Hariri.

Since the beginning of the year, Lebanon has recorded record rates of cases and deaths due to the COVID-19 pandemic.

Major hospitals in recent weeks have exceeded their capacity in light of a shortage of necessary equipment and medicines, including oxygen.

The deterioration of the health situation comes as Lebanon is witnessing its worst economic crisis, which has doubled poverty rates.

In Syria, ICU beds for coronavirus patients are also at 100 percent capacity.

Since the start of the pandemic, the areas under the control of the Syrian government, which account for about two-thirds of the Syrian territories, have recorded 17,743 cases of COVID-19, including 1,183 deaths.