Egypt has demolished more than 12,000 structures in Sinai since 2013: Human Rights Watch 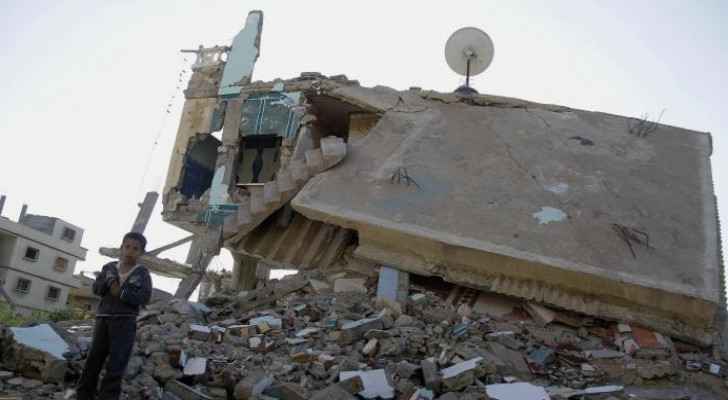 The Egyptian army has demolished more than 12,300 residential and commercial buildings and 6,000 hectares of farms since 2013 in the Sinai where it faces armed militant groups, according to Human Rights Watch.

"The Egyptian government should stop arbitrary expulsions and demolitions and expedite the payment of fair compensation in a transparent manner to all, and ensure that the expelled residents return to their homes as soon as possible," said Joe Stork, deputy director of the organization's Middle East and North Africa department.

Human Rights Watch confirmed that the demolition of the buildings took place between 2013 and 2020 by the Egyptian armed forces in the Arish region, the capital of North Sinai. The organization relied on official documents and testimonies it collected in cooperation with the Sinai Foundation for Human Rights, an independent human rights organization.

It also said that the army "removed or closed" about 6,000 hectares of agricultural land around El-Arish and the Rafah crossing, on the border with Gaza.

Human Rights Watch relies on analyzing satellite images and comparing them with testimonies it has obtained.

The organization considered that these acts amount to "war crimes."

In a previous report published in 2018, Human Rights Watch confirmed that 3,000 residential and commercial buildings had been destroyed by then.

The army began demolishing buildings around Al-Arish to create a buffer zone surrounding the city's airport since 2018, according to the organization.

Since February 2018, the army and police forces have launched a large-scale operation against armed militants in North Sinai and Western Sahara.

Official information remains scarce about the conflict in North Sinai, which is closed to journalists. However, Cairo had previously confirmed that the demolitions and expulsions were necessary in the context of its fight against terrorism and the Islamic State in North Sinai.

Human Rights Watch said that the process of paying compensation to residents and farm owners remains "slow and opaque."

"Thousands of people have not been registered on the lists of those eligible for compensation, or are still awaiting registration," she added. Human Rights Watch confirmed that many of them “have no choice but to build rudimentary nests” to reside in.

In 2019, Human Rights Watch accused the Egyptian military and militants of committing "war crimes" in the Sinai.

The Egyptian authorities rejected the accusations.