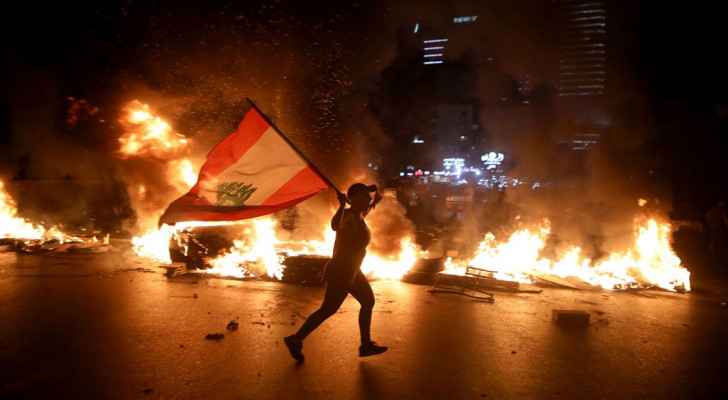 Lebanese took to the streets Saturday as the Lebanese lira plummeted to a record low of 12,400 to the dollar.

Hundreds of protesters across Beirut demonstrated against long standing corruption in the government, a chief reason for the freefall of the currency, which had stood at 1,500 lira to the dollar for 30 years until early 2020.

Several protesters, demanding an audit of the country's Central Bank, in addition to a transparent investigation of the deadly Aug. 4 Beirut Port blast and new government, were met with tear gas and riot police.

Lebanon's government resigned in the wake of the blast, but a new government has yet to be formed, leaving caretaker ministers in place for over six months.

The Minister of Energy and Water in the caretaker government, Raymond Ghajar, warned Thursday that Lebanon may head to "total darkness" at the end of this month unless the necessary money is made available to purchase the fuel to operate the plants.

Other humanitarian issues in the country include the inability to buy basic food and medical supplies as the price of imports continues to skyrocket in the country where most citizens now earn less than $100 per month.